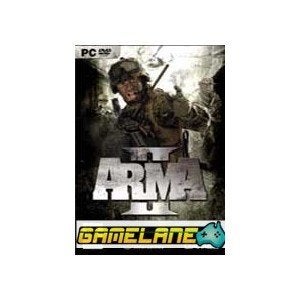 The 27th U.S. Marine Expeditionary Unit has been deployed to the former soviet republic of Chernarus: a small country chained to the threat of an upcoming civil war. Force Reconnaissance Team "Razor" is among the first to fight. This elite five-man team is about to fall down the rabbit hole, trapped in a war not only for control of the country, but also the hearts and minds of its people. With the might of the USMC offshore and Russia anxiously watching from the north, the stakes couldn't be higher. The fate of Chernarus is balanced on a razor's edge... Arma 2 is based on the latest generation technology, offering large –scale game world, authentic and extremely detailed modern units, weapons, vehicles and enviroments, challenging single player and vast array of multiplayer options. Features: - Player-driven story: Players will have the opportunity to command members of Force Recon Team Razor through a branching campaign full of twists and surprises. - Reality check: Bohemia Interactive's standard 225 square kilometers of highly detailed sandbox landscape, modeled with stunning detail and precision and using real-world geographical data, covered by 235 megapixel of accurate aerial map (15.3602 pixels) and more than 1 million objects. - Authentic military simulation: ARMA II simulates various aspects of combat and environment effects form bullet ballistics and deflection to material penetration, tracers, varying ammunition types and stopping power, to supersonic bullet crack and weather conditions. - Live war: the campaign missions can be experienced in cooperative mode, or players can join for duty in the massive multiplayer battles with up to 50 players.