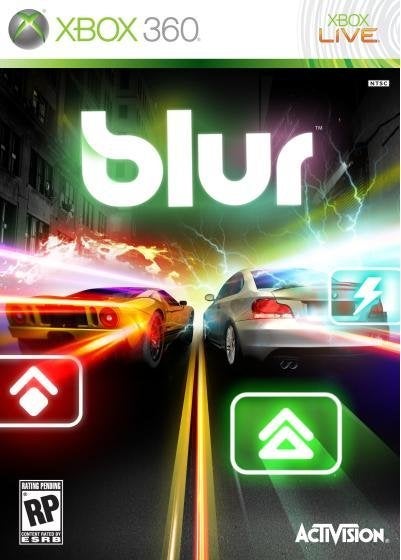 Made by the masters behind Project Gotham Racing and Metropolis Street Racer, Blur is a racing project by Bizarre Creations that aims to take arcade-style action and realistic driving physics to a whole new level. The game drops players into heart-pumping, electrified racing action with 20 cars on a track all targeting the finish line and battling each other as they trade paint and collect intense power-ups, including the ability to blast other cars out of the way with huge bursts of energy, boost their speed, and more. While controlling photo-realistic cars, gamers can use offensive and defensive attacks as they battle for the lead and careen through real-world track locations ranging from L.A. and San Francisco to the streets of Hackney, UK and the treacherous roads of Barcelona, Spain. Features: - Action-packed racing filled with fast curves, sneaky alternate routes, hair-raising jumps and fully realized damage models that provide for spectacular crashes. - Blur's narrative is presented through Bizarre's innovative new community-based interface, reaching far beyond the game itself. This unique story-driving social network evolves dynamically as players compete in different races, make new friends, rivals and fans, and connect with other racers both in-game and in real life. - Gamers can engage in competitive and team-based multiplayer races with up to 20 players online, or on a single console via 4-player split-screen. - An original social gaming experience, Custom Groups allows anyone to create unique multiplayer modes based on their favorite ways to play the game. These new modes are immediately shared through Blur's social network, expanding the game in ways that are only limited by the gaming community's creativity.