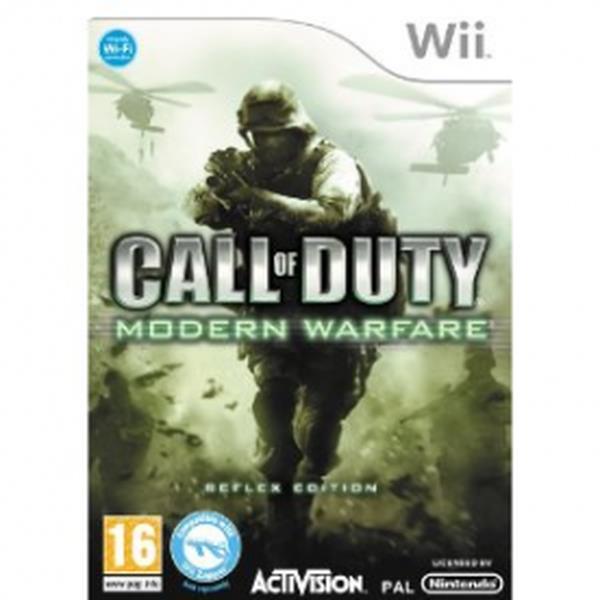 The best selling shooter of all time Call of Duty 4 Modern Warfare is coming to Wii. Ported to the Wii by Treyarch, Call of Duty Modern Warfare Reflex brings to Nintendo fans the intense and cinematic experience of Call of Duty 4 Modern Warfare, winner of 50 combined Editors Choice and Game of the Year awards. Call of Duty Modern Warfare Reflex for Wii arms you with an arsenal of advanced and powerful weaponry and transports you to the most dangerous hotspots around the globe to take on a rogue enemy threatening the world. As both a U.S. Marine and British S.A.S. soldier fighting through an unfolding story full of twists and turns, use sophisticated technology, superior firepower, and coordinated land and air strikes on a battlefield where speed, accuracy, and communication are essential to victory. Continue the fight online over the Nintendo Wi Fi Connection for unrivaled multiplayer gameplay.