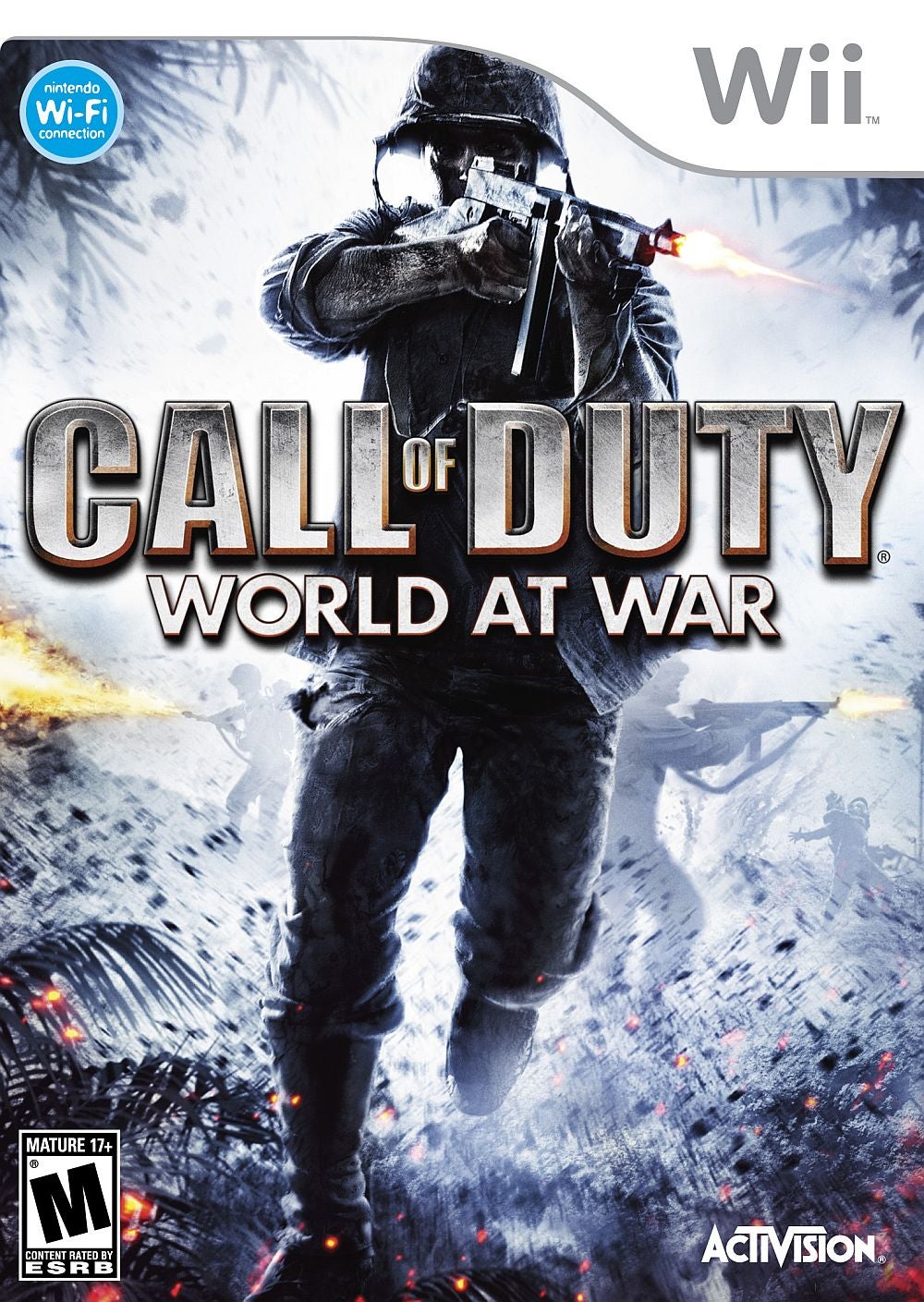 Powered by Call of Duty 4 Modern Warfare technology, Call of Duty World at War brings an uncensored edge to combat, as soldiers face the most harrowing and climatic European and Pacific battles in which an enemy, who knows no surrender and no retreat, will fight to the last breath, unleashing an arsenal of lethal surprising tactics. Peril and danger lurk throughout the battlefield as players combat the unknown risk of the new chaos of battle. Call of Duty World at War forces players to survive the final climactic days of a world at war to thwart the advance of Axis powers on multiple fronts from Europe to the Pacific delivering the hallmark Call of Duty cinematic intensity on a worldwide scale. Play as a U.S. Marine or Russian conscript across a variety of European and Pacific infantry, vehicle and airborne missions.