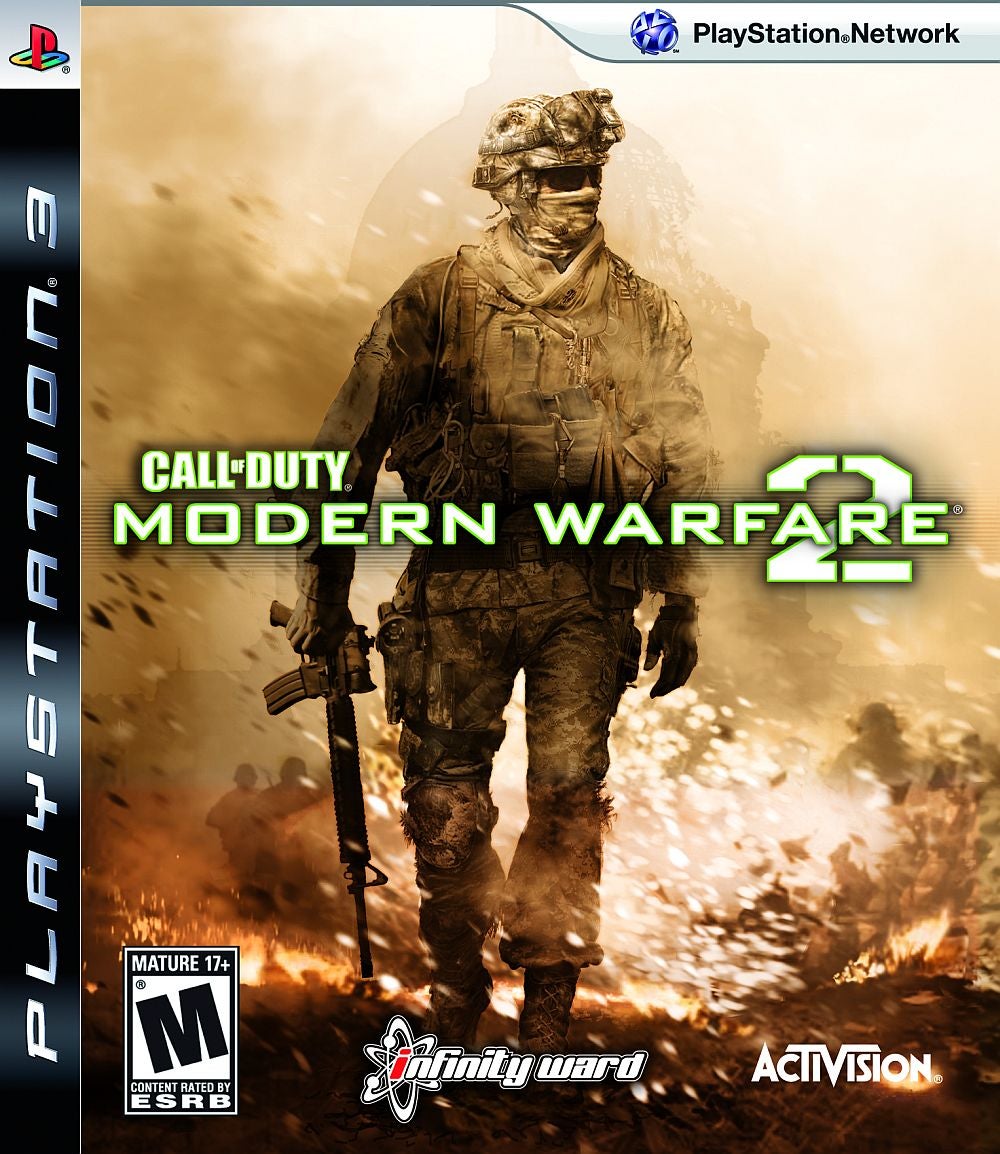 Modern Warfare 2, the sequel to the Multiplayer Game of the Year winner Call Of Duty 4 Modern Warfare, continues the gripping and heart racing saga with an unprecedented level of action as players face off against a new threat dedicated to bringing the world to the brink of collapse. Stunning cinematic action, including new underwater missions, new gadgets such as the motion detector and new vehicles including snowmobiles and more. Massive globe spanning adventure sees you travelling to the deserts of Afghanistan, the slums of Rio de Janerio and the wilderness of Russia.