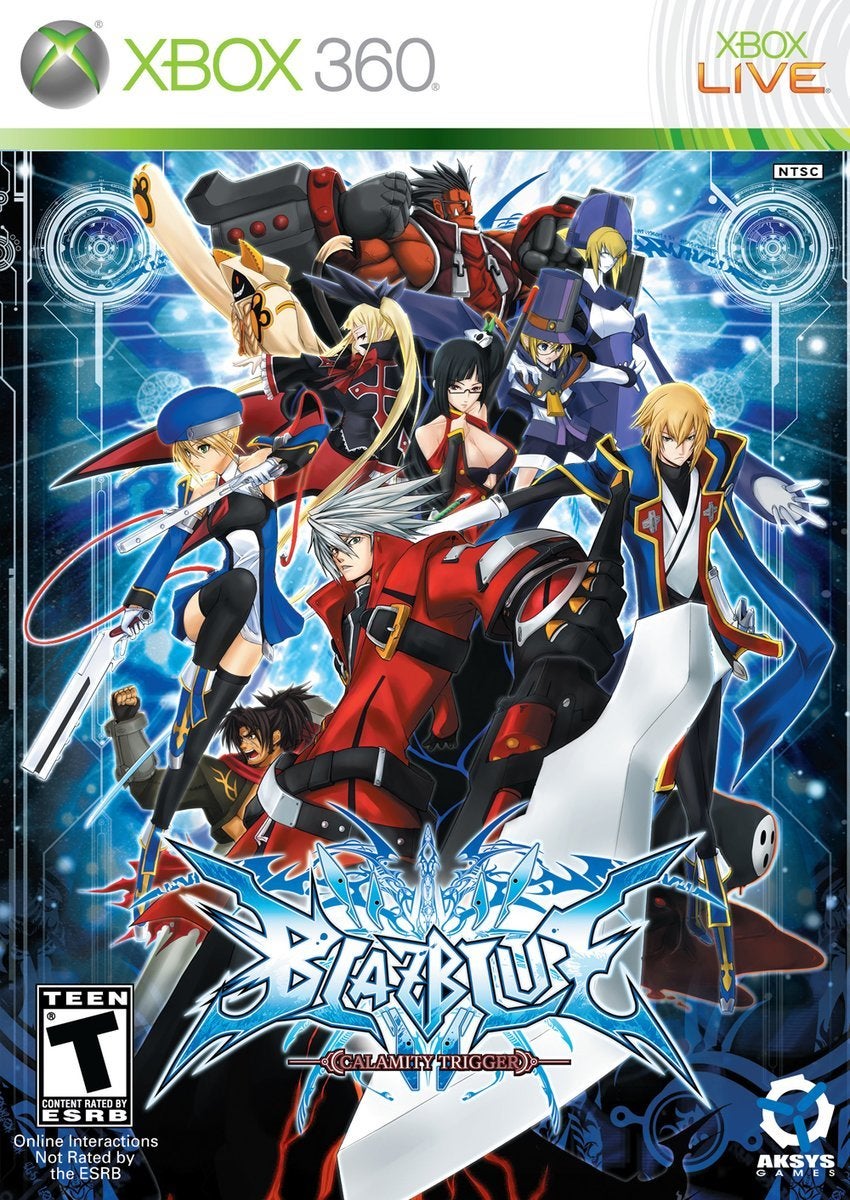 A 2D one-on-one fighting game by ARC System Works (the makers of Guilty Gear.) Produced by Guilty Gear producer Toshimichi Mori, the game features an all-original cast (including many weapon fighters) and uses a four-button control scheme (weak, medium and strong attacks plus an EX button which makes your character perform unique special attacks.) The fighting system is based around players being able to continue combos when opponents are in a down state. On the defensive side, you'll have a number of ways of getting back up when downed, so you don't get pummeled by combo attacks. This feature-packed edition of BlazBlue includes a two-disc original soundtrack (containing 48 tracks) and a bonus video disc containing basic tutorials and expert advice. Features: - Console-Exclusive Content -- Brand new music, animations, backgrounds, and a fully fleshed-out story mode have been made exclusively for the console release - Dual Language Support -- Experience the fully realized BlazBlue saga with fully-voiced dialogue in English or Japanese - Online Battle -- Train your skills online through ranked and player battles. Create online lobbies where up to six players can battle each other or spectate from the sidelines to gauge their opponents - A Plethora of Defensive and Offensive Options at Your Disposal -- Take advantage of Barriers, Counter Assaults, Rapid Cancels, Barrier Bursts, Ukemi Tactics, Distortion Drives, and console-exclusive Astral Heat for all characters