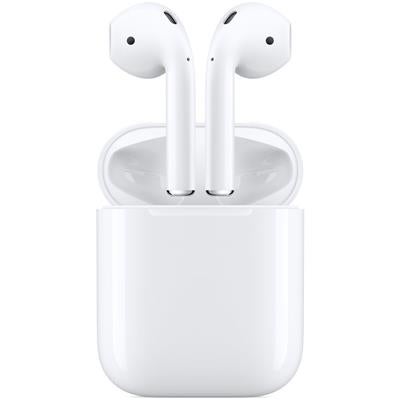 If you’re looking for your first pair of true wireless earbuds, the Apple AirPods are a popular choice, particularly for iPhone users.

The second-generation AirPods came out in 2019, and while Apple made a number of small tweaks to the earbuds, we can’t confidently say the newer version brought a significant improvement over their predecessors.

The biggest changes you should know about are the inclusion of Apple’s H1 headphone chip and the option of picking up a wireless charging case, which will cost you extra.

The H1 chip gives the second-gen AirPods better connectivity than the originals, so they’ll pair to your device faster and have a more stable wireless connection. If you’re an iPhone user, all you’ll need to do is open the AirPods case for a pairing prompt to pop up on your screen. Pairing isn’t quite as seamless with Android phones, but it’s still fairly quick.

The new chip also brings support for Apple’s voice assistant, so if you’re a fan of getting hands-free help from Siri, you can change songs and make calls with the AirPods without having to get your iPhone out.

When it comes to audio, the second-gen Apple AirPods offer good-but-not-great sound. Vocals come across crystal clear, with guitar and keys also sounding nice. It’s their bass output we found to be a little lacking, due largely to their non-sealing design, so if that’s the kind of music you love, we’d suggest considering a different pair of true wireless ‘buds.

If you don’t have a charging pad and you’re happy to keep using a standard cable charger, then we’d suggest saving your money and going for the cheaper Apple AirPods. If you do have the cash to spare though, it might be worth considering the Apple AirPods Pro (RRP AU$399), which have a better fit and come with active noise cancellation.

Verdict: Apple only made small changes with the second-generation AirPods, which aren’t enough to recommend an upgrade if you already have an original pair. If you’re a first-time buyer of true wireless earbuds though, the AirPods are a reliably good set, especially if you already use an iPhone.

Other brands in Head Phones