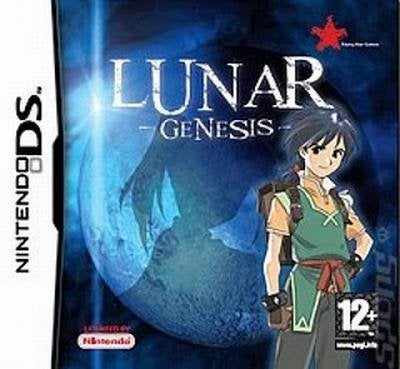 Set in an expansive fantasy universe and beautifully presented in a rich, vibrant visual style, the world of Lunar has seen a number of versions across several formats, spanning 14 years and three generations of hardware. Set a thousand years before previous storylines, Lunar Genesis tells the tale of a band of young adventurers performing courier jobs who stumble into a battle between the forces of good and evil. This battle threatens to consume the entire land and sets the stage for over 70 hours of handheld RPG adventuring. With all of the standard features associated with a traditional Japanese RPG, Lunar Genesis is adapted perfectly to take advantage of the benefits afforded by the Nintendo DS hardware. All aspects of player interaction, from movement around the game environments to map and menu navigation can be controlled via the touch-screen. Both displays are employed throughout the game to make sure the player has access to all the information they need. The dual screens are also fundamental to the battle system, with airborne enemies occupying the upper screen and traditional ground-based troops on the bottom. Even the microphone is used, as blowing on it during a fight acts as a 'panic button'. Perhaps the most exciting feature for series fans and newcomers alike is the inclusion of the Coliseum mode, a wireless multiplayer battle where scratch cards earned during the single-player quest can be used to take on other players. The participants literally scratch off squares on the touch-screen, the outcome of which dictates the flow of combat. The winner gets to keep the loser's card for use in further Coliseum battles or to aid them in their single-player questing. Features: - Contains over 70 hours of handheld RPG adventuring - The dual screens are also fundamental to the battle system - Airborne enemies occupying the upper screen - Traditional ground-based troops on the bottom - Coliseum mode - a wireless multiplayer battle