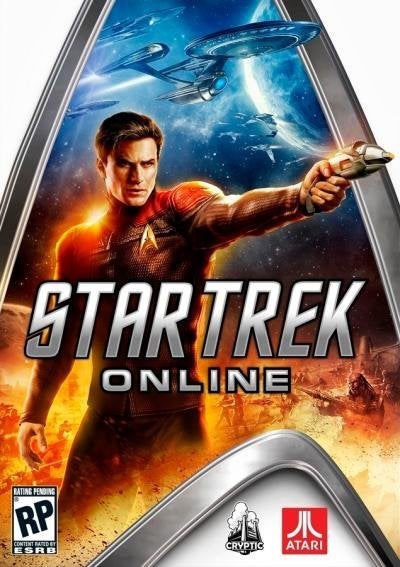 Star Trek Online will deliver action, adventure and combat mechanics unique to persistent world games. Its design includes a rich array of solo and multiplayer missions set in space, on planets and in starbases throughout the universe. At launch, it will take place during the 24th century timeline in the series, with other aspects of the Star Trek universe to be interwoven and added through expansions. Players will encounter characters, places, and situations from their favorite Star Trek movies and television series; will explore incredible new worlds; and will cooperate with or battle friendly and hostile races throughout the game. Features: - Beloved Universe: Fans new and old can experience adventure in the future of the Star Trek Universe by becoming a warrior in the Klingon Empire or by joining the Federation’s esteemed Starfleet where you’ll be able to explore a never-before-seen, completely interactive Star Trek Universe. - You Are The Captain: Channel your inner Captain Kirk and command your own starship throughout the universe! Gamers can also recruit, train and command their own computer-controlled crew. - Ultimate Discovery: Players can navigate their own starship through endless depths of space, exploring strange new worlds. Experience beaming down with your away team to alien planets, meeting well known and unique races. - Total Customization: Every ship players command can be customized, from its color to its construction. Anyone can create their own species in Star Trek Online, as well as design the look of their avatar’s uniform.