Bandai The Witcher 3 Wild Hunt Game Of The Year 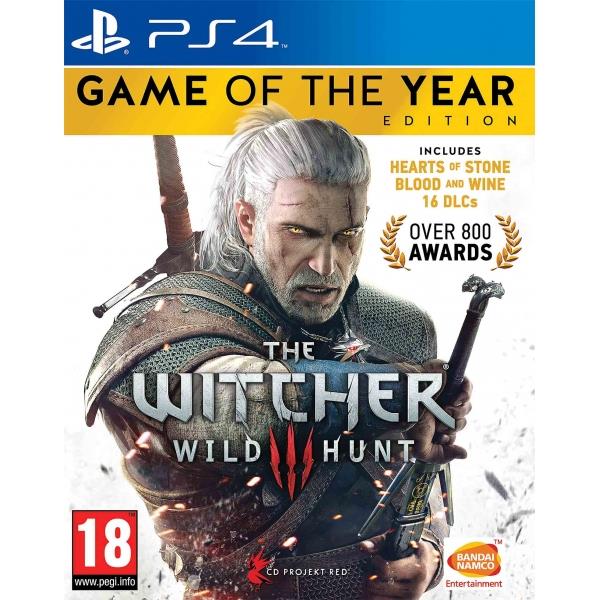 The Witcher 3 Wild Hunt Game of the Year edition brings together the base game and all the additional content released to date. Includes the Hearts of Stone and Blood & Wine expansions, which offer a massive 50 hours of additional storytelling as well as new and new areas that expand the explorable world by over a third. Affords access to all additional content released so far, including weapons, armour, side quests, game modes and new Gwent cards. Become a professional monster slayer and embark on an adventure of epic proportions Upon its release, The Witcher 3 Wild Hunt became an instant classic, claiming over 250 Game of the Year awards. Now you can enjoy this huge, over 100 hour long, open world adventure along with both its story driven expansions worth an extra 50 hours of gameplay. This edition includes all additional content new weapons, armour, companion outfits, new game mode and side quests.