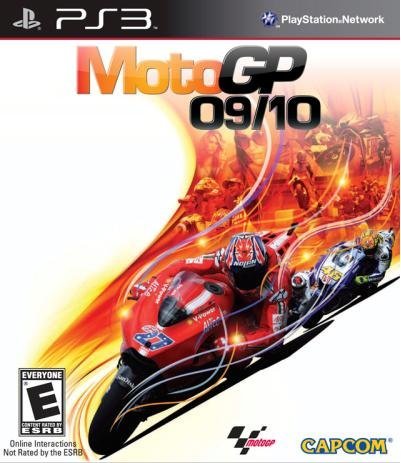 As the most comprehensive MotoGP game to date, MotoGP 09/10 will not only deliver all the bikes, riders and tracks from the 2009 championship, but brand new gameplay modes that offer rewards to the rider for their riding style. Furthermore, players will have the ability to update the game with accurate real-time content from the 2010 championship at no extra cost. MotoGP 09/10 will see the introduction of a fully realized Career Mode where players take part in the ultimate MotoGP world championship, competing in actual races and managing all aspects of their team. Gamers will hire engineers, team managers and press officers, all of which have a real impact on their career as a racing pro. Complementing Career Mode, MotoGP09/10 features three additional gameplay modes to deliver the richest MotoGP experience ever. Arcade Mode is not limited to simply crossing the finish line, but adds a variety of challenges where players can earn and steal points from their opponents, encouraging a risk element for those who feel that simply leading the pack isn't enough. Features: - Brand new exciting gameplay modes that deliver the ultimate GP racing experience - Ability to update the game with content from the 2010 championship as the season unfolds - Compete against riders across the globe in online multiplayer mode - Two player split screen allows you to compete against your friends - Select from 125cc, 250cc and 800cc championships - Realistic AI which emulates a true racing pack with different rider styles and pace - Accessible handling for players of all levels to create an enjoyable racing experience - 17 official circuits from the 2009 GP season