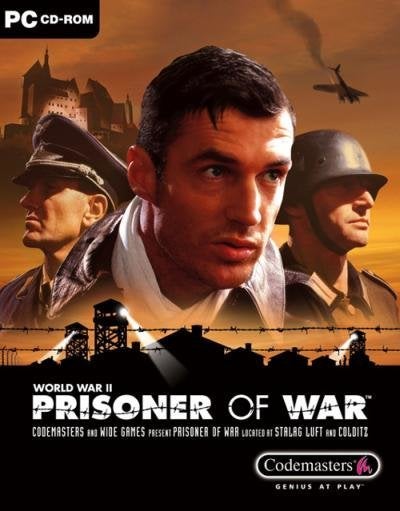 Set in the year 1941, during WWII, Prisoner of War sees you in control of 4 Allied Officers imprisoned by Nazis. Help the Officers escape from POW camps and ultimately meet up and break out of the infamous Colditz Castle together using their different skills and strengths. You'll need to devise daring escape plans using bravery and stealth, presented in 3rd person 3D. Uses the Atlas engine. Features: - Hitler's top scientists are working on a new secret weapon which could win them the war - and only you can stop them. - Explore three meticulously modeled, fully-3D, historically realistic prisoner of war camps including the infamous Colditz Castle - rich, detail-packed environments brought to life with outstanding lighting, weather and other graphical effects. - The immersive game world is made even more vivid by an exceptionally high level of Artificial Intelligence in its population. Sophisticated detection, flocking, socialisation and other artificial life algorithms work together to create a living, breathing world of distinctively-characterised inmates and guards. - Uniquely resourceful, your character is able to talk to anyone they meet, pick up and drop objects, climb fences and walls, crouch, crawl, mantle along ledges, peek around corners, tap on walls to distract guards, throw stones, use a telescope, and perform a wide variety of special actions with particular objects. An intelligent "context-sensitive" action button system ensures maximum control intuitiveness at all times. - It's possible to replay any completed level, and aim to beat recorded escape times in order to earn new abilities. This substantially increases the longevity of the game.