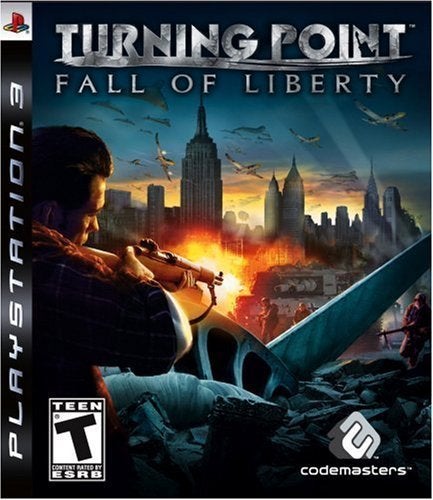 In 1931, Winston Churchill was hit by a taxi in New York. In the real world, he survived, and went on to rally the British people to fight the Nazi threat. But what if he hadn’t? It’s from this premise that Fall Of Liberty takes it’s theme - without Churchill’s leadership, Europe and the United Kingdom have fallen to Hitler’s forces. By 1951, using crushing technical superiority, the United States is invaded and defeated by the Third Reich. With this setting, Fall Of Liberty will be an FPS experience like no other; a game that’s both a World War 2 FPS and something different. Fighting not as a soldier, but a resistance fighter in a United States of America that’s under the rule of a foreign power. Turning Point: Fall of Liberty delivers an explosive FPS experience in a world where famous locations and landmarks appear startlingly different under Nazi occupation, and will pose a new, very personal battle for players on their home turf. As Dan Carson - a reluctant New York City construction worker turned freedom fighter - gamers must survive the initial invasion before regrouping with other U.S. resistance members to take the fight back to the Nazis. Always outmanned and outgunned, players have to use a handful of guerilla tactics as they attempt to stop the world's now notorious war machine.