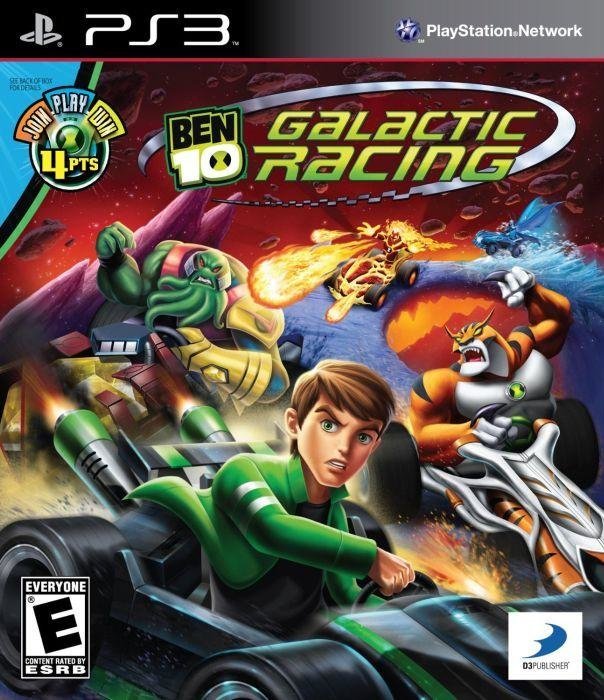 The first kart racing game set in the popular BEN 10 universe and based on the hit Cartoon Network TV series features Ben and his alien friends competing in an over-the-top, galactic grand prix race through a variety of tracks on five different planets! Compete for the best times in the high-speed grand prix modes or engage in four-player multiplayer mayhem! Features: - Fast-paced racing action set in the BEN 10 universe and based on the hit Cartoon Network TV show. - Race in many karts! 12 exhilarating and challenging grand prix tracks spread across 3 environmental planets from the BEN 10 universe. - 12 characters for players to race as, including heroes like Ben, Kevin and 10 of Ben’s most popular alien forms. - All characters can pick up special Omni-Node Power-Ups with varying alien-based abilities, including an Ultimate move that unleashes a super-charged, race-changing boost of speed and power that is themed to that character’s abilities. - Drifting and mid-air stunts that both add to the excitement of the race and charge up character-specific attacks and defenses. - New alien hero Fasttrack makes his video game debut on every platform! - Single-player and Multiplayer modes include: Grand Prix Circuit, Quick Race, and Multiplayer - Player can earn a variety of special awards for performing special acts. Access a list of achievements in the game!