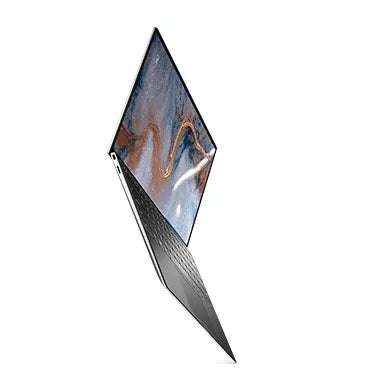 Dell XPS 13 (9310) The Ultrabook that keeps on impressing   The Dell XPS 13 has long been one of the best Ultrabooks you can buy in Australia and, with each new iteration, it only keeps…
Read more

The Ultrabook that keeps on impressing

The Dell XPS 13 has long been one of the best Ultrabooks you can buy in Australia and, with each new iteration, it only keeps getting better. The 2020 Dell XPS 13 model is part of the Intel Evo program that features an 11th-generation Intel Core processor under the hood. Thanks to the Intel Tiger Lake CPU, the latest Dell XPS 13 delivers on all counts of speed, efficiency and performance, with a nearly bezel-less 16:10 FHD display (upgradable to 4K) to show off its prowess.

Even battery life has seen an improvement over the previous generations – you’ll be able to squeeze up to 12 hours of average use from a single charge. Despite the performance boost, Dell still hasn’t figured out how to fix the one issue that has plagued this laptop for years – the downward-firing speakers that muffle sound. That said, this isn’t solely a Dell issue, with Ultrabooks in general suffering from poor speaker placement.

But that’s the only major complaint we have with the Dell XPS 13 – it’s still a darn good-looking laptop, with a chassis and lid cut from two separate pieces of aluminium that makes it lightweight yet sturdy. Thanks to a lack of bezels, you get a 13.4-inch display within a 11.6-inch frame – a screen-to-body ratio that’s 7.8% better than previous generations. Even the keyboard and trackpad feel premium, with keys stretching edge to edge.

The diminutive size, however, comes at the cost of available ports. The new XPS 13 features just four – two USB Type-C Thunderbolt 4 ports for charging the device and hooking up a max of two external monitors, a headphone/mic jack and a microSD card reader.

There’s also an infra-red webcam and, with Windows Hello available on board, you’ll be able to log into the device with a quick face scan. If that’s not secure enough for you, there’s a fingerprint scanner built into the power button as well.

All this quality, however, comes at a price. The XPS 13 is Dell’s premium Ultrabook and, if you choose to upgrade the base model to a 4K screen, a Core i7 CPU, 16GB of RAM and opt for a 2TB SSD, it will eat into your wallet. That said, it’s every bit worth the money you spend on it.

Verdict: It might cost a pretty penny, but this high-end machine is a beast when it comes to performance but looks remarkably good doing it. The combination of robust hardware and top-notch internals is a winning one for the 2020 edition of the Dell XPS 13, making it the best Ultrabook on the market right now.

Other brands in Laptops