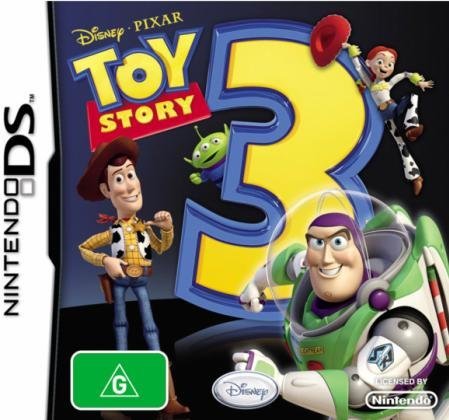 Embracing the adored and inspired fun of the Toy Story franchise, Toy Story 3: The Video Game features a story mode that follows the Toy Story 3 film adventures in which Buzz, Woody and friends grapple with their uncertain future as Andy prepares to depart for college. Fans can play as Buzz, Woody or Jessie as they run, ride and fly through scenes inspired by the upcoming release of the Disney Pixar animated film, Toy Story 3. Experience key moments, interact with new and returning characters, and visit locations seen in the film. The unique Toy Box mode allows players to unleash their imagination and creativity in a new open world and play with Andy's toys their way. As Buzz, Woody or Jessie, players can choose what activities they want to do and the order they wish to do them.