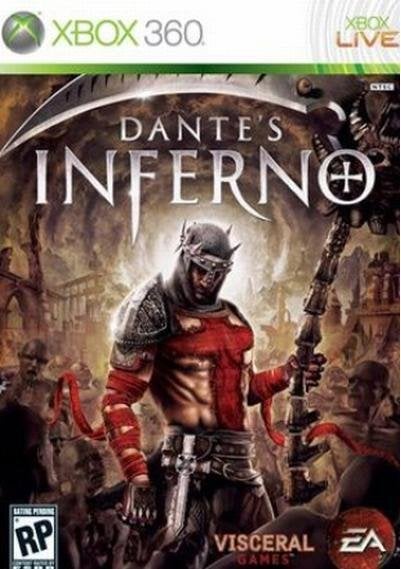 EAs Dantes Inferno tells an adapted story that focuses on delivering a blockbuster 3rd person action game experience while bringing Alighieris depiction of Hell to the medium. Players assume the role of Dante, who descends into Hell after returning home to find his beloved Beatrice murdered, with Lucifer seducing her soul into the underworld. Dante sets out on a rescue mission to save Beatrice, but he soon realises he is also in Hell to face his own demons and ultimately to redeem himself. Players will take Dante through nine unique circles of Hell as mapped out and described by Alighieri: limbo, lust, gluttony, greed, anger, heresy, violence, fraud and treachery. Each circle will showcase its own distinct look, with demons, monsters, damned and geography that are crafted straight from the poems vivid descriptions. To take down the demons of Hell, Dante is outfitted with two primary weapons: the Scythe he takes from Death and the Holy Cross given to him by Beatrice, which has spiritual powers that will help Dante collect souls and spells from the creatures he defeats on his journey. The game also features a deep upgrade system so gamers can customise their abilities to their specific gameplay style, something theyll need as Dante comes face to face with Hells fiercest beasts and bosses. If successful, Dante will be able to tame certain beasts, exacting their will and turning Hells punishments back on itself. Death Edition includes: - 15 minutes of footage from the Dantes Inferno Animated Feature - Isaac Clark playable character skin - Premium Packaging Lenticular with Digipack + Slipcase - Soundtrack of the Inferno - EAs Inferno Director Commentary - Digital Art Book featuring art from Wayne Barlowe - Digital Re-print of the Longfellow translation of the poem