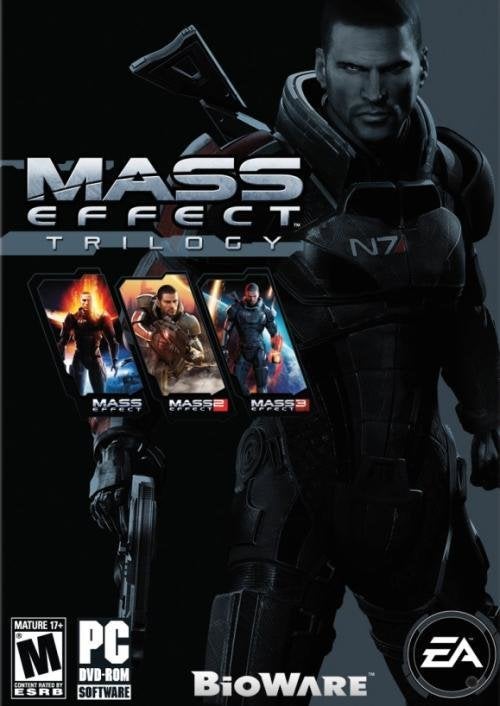 Experience all three award-winning Mass Effect titles with the Mass Effect Trilogy. This action-packed RPG saga follows the rise of Commander Shepard from Alliance Marine to becoming the galaxy's most elite soldier -- the only soldier who can lead an all-out galactic war against an ancient alien race known as the Reapers. Heart-pounding action meets gripping interactive storytelling as players decide how their unique story unfolds over all three games. With a team of loyal soldiers at their side, each player decides how they will save the galaxy, from the weapons and abilities they utilize to the relationships they forge or break. Features: - Over 75 hours of story content across the entirety of Mass Effect 1, Mass Effect 2, and Mass Effect 3. - Includes Mass Effect 3's critically acclaimed multiplayer mode. - Create and customize your own character with his or her appearance and skills, then play your Commander Shepard through all three Mass Effect games. - Experience an amazingly rich and detailed universe where your decisions have profound consequences on the action and the outcome. - Build a personalized arsenal with powerful weapons complete with their own upgrades and modifications - Unleash devastating abilities and skills as you command and train an elite squad. - Take the war online with class-based, co-operative multiplayer in Mass Effect 3.