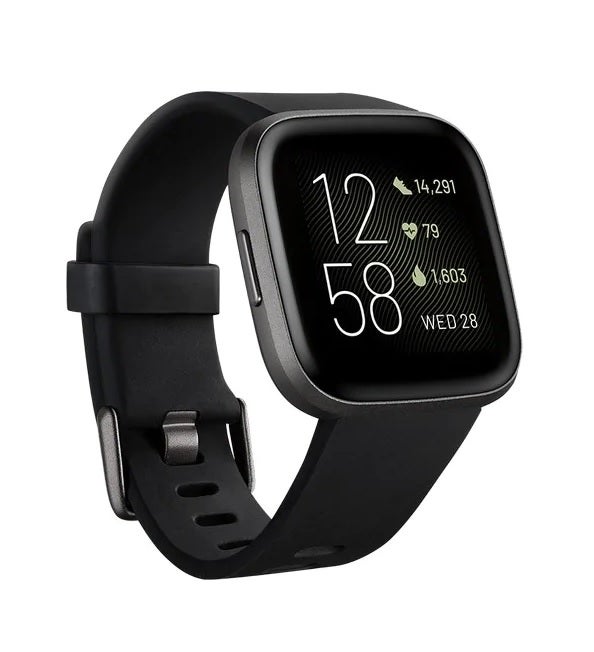 When less is more It might be getting on in age, having launched in 2019, but for anyone on a budget, the Fitbit Versa 2 is a great smartwatch with a keen eye on fitness. It has an improved design…
Read more

You won’t desperately need to upgrade your existing smartwatch to the Fitbit Versa 2, but there are lots of smaller improvements here that suggest it will be a top smartwatch for a lower price than a lot of the competition.

When less is more

It might be getting on in age, having launched in 2019, but for anyone on a budget, the Fitbit Versa 2 is a great smartwatch with a keen eye on fitness. It has an improved design over the original Versa and also features a voice assistant. Admittedly, having Alexa on board is a fiddly prospect as it’s slow, but it’s there if you need to set a reminder for something or check the weather. The Versa 2 also doesn’t have the same the kind of smartwatch functionality that an Apple Watch or Samsung Galaxy Watch might have, but it’s not trying to replace your smartphone.

The Versa 2 is a simpler version of a smartwatch, focusing more on fitness than productivity and it should come as no surprise that that’s the case – Fitbit, after all, is known for its fitness tracking prowess. That said, whatever Fitbit promises the Versa 2 will do for you, it does really well, and looks good while doing so.

Its ‘squircle’ design is reminiscent of an Apple Watch and, despite being 12mm thick, the Versa 2 looks slimmer thanks to its tapered chassis. There’s 40mm of screen real estate, which is plenty and just right for most wrists (even the slim ones). However, there are thick bezels on the screen that, for the most part, aren’t visible on the display’s black background, but you will notice them at some angles. Unlike the original Versa, which had three buttons on the chassis, the Versa 2 has a more minimalist design with just a single side button that doubles as the ‘select’ and ‘back’ buttons, while the rest of the navigation is via the touchscreen.

You have the option of keeping the screen always-on and there are plenty of watch faces to choose from if you fancy a change. While several are available for free, there are a lot of third party ones that are paid and all are available via the Fitbit app.

The Versa 2 is not just visually appealing but also works like a charm, despite the lack of on-board GPS. So while it won’t track your outdoor workouts in real-time or clock the correct distance travelled, the rest of its stats is pretty much spot-on. It’s sleep tracking is very good and you’ll get a decent amount of information on the Fitbit app for free. Far more detail is hidden behind a paywall for Fitbit Premium, but what’s available for free is more than what most users will need. Heart rate monitoring is also quite good.

A Smart Alarm feature on the Versa 2 ensures you wake up at the most optimal time in your sleep cycle. This works by setting off the silent vibrations within a 30-minute period immediately before the time you’ve set your alarm for. Blood oxygen level monitoring is also available and variations during sleep are displayed in the app. Practically everything else is pure Fitbit – you can track several different workouts, including taking the Versa 2 for a swim.

While the Fitbit Versa 3 comes with GPS enabled, and is reasonably priced, it’s a little more expensive than the Versa 2. For its price point, the Versa 2 is a great proposition for anyone looking for a no-frills smartwatch.

Verdict: The Fitbit Versa 2 might be a dumbed-down smartwatch with more fitness prowess than productivity, but it is a very budget-friendly alternative to the more expensive options like the Apple Watch 3 or Samsung Galaxy Watch. It proves that sometimes less can be more, although the lack of in-built GPS may be a dealbreaker for some.