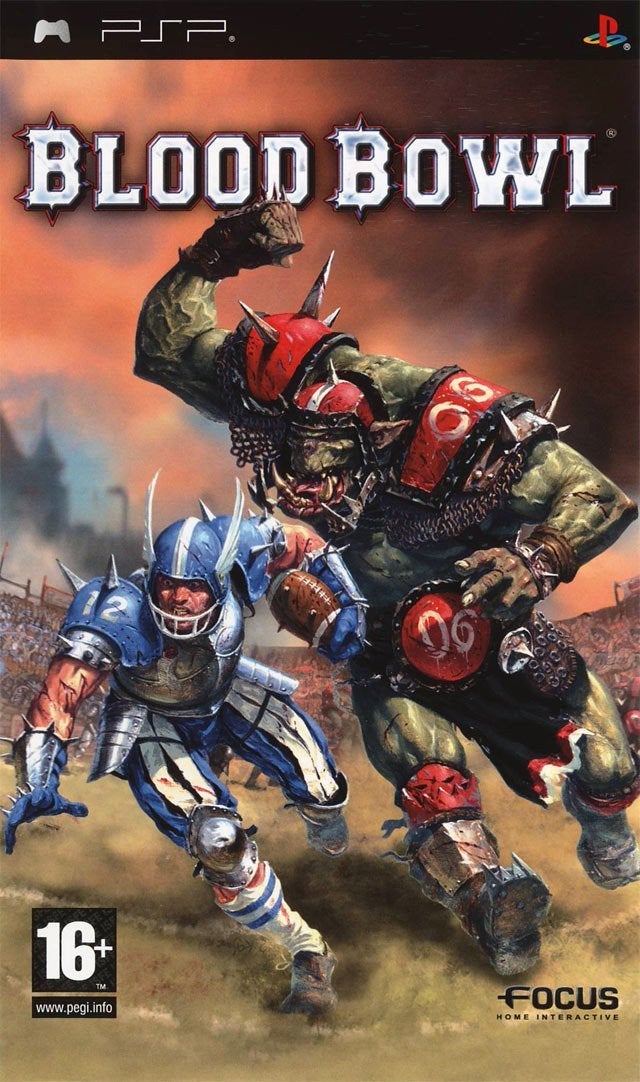 A brutal team sport unfolding in a parallel fantasy world based on Warhammer and American football, Blood Bowl invites gamers to form a team of players from such races as Orcs, Wood Elves, Humans, Dwarfs and many other fantasy creatures, and launch themselves into battle in the bloodiest of arenas. This strategy sports game combines a fine balance of tactics and bonecrunching action! It's an incredible turn-based tactical game, where you lead your team through bonecrunching leagues to compete in the prestigious Blood Bowl Cup! Create your team from the 8 playable races; Humans, Orcs, Wood Elves, Dwarfs, Skaven, Lizardmen, Chaos or Goblins and manage them as they gain experience through the many tournaments taking place in the Old World. Features: - 2 radically different game modes: Turn-based for a faithful adaptation of the board game, or Real-Time for intense and spectacular matches. - 8 different races, each offering its own style of play: Humans, Orcs, Skaven, Dwarfs, Wood Elves, Goblins, Lizardmen and Chaos. - Magnificent graphical rendering, literally giving life to the Blood Bowl miniatures! - Take part in a full Blood Bowl campaign to win the 15 championship trophies and cups while developing your own team. - Export your own team from a championship and play it in One-off matches or in multiplayer. - Create your own online League and challenge other player and participate to online tournaments on the internet to rise your team on the top of the official online rankings! - Get started easily and progressively using the in-game tutorial and 3 levels of difficulty.