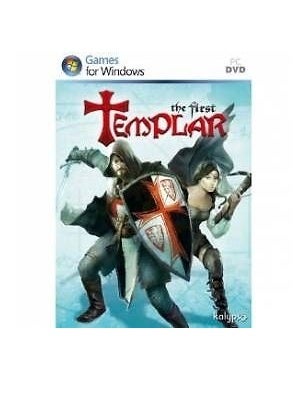 The First Templar game portrays a dark and gritty view of the late 13th century where old friends become enemies, corruption spreads throughout the Church and fallen knights oppress the weak and renounce their oaths. The First Templar follows the story of two main characters a French Templar, and his companion, a noble lady who has been proclaimed a heretic. Taking control over these two unlikely allies, the player must uncover the mysteries behind the Templar Order, play a role in a grand conspiracy, and discover the secret of the Holy Grail. The heroes face powerful opponents at every turn, in the face of the Saracen, King Philip IV of France and the Inquisition.