konami Eledees The Adventures Of Kai And Zero 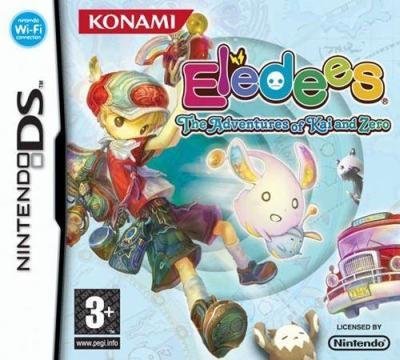 Eledees: The Adventures of Kai and Zero acts as a direct sequel to the Wii game, and adds a mystical slant to the story. The two titular heroes find themselves transported into a mysterious realm by a magical bus created by Kai’s inventor Father. As they get used to their surroundings, the pair must use all their skills to gather the Eledees they will need to assist their progression, with Kai making good use of his special capture gun, which is used to grab the evasive Eledees, and lift, manipulate and move any objects in his path. Features: - Solve challenging puzzles in order to find and capture the 64 mysterious Omega Eledees - Players problem solving abilities increase the more they explore, capture and raise their Eledees - Utilise each of the Eledees special powers in order to solve puzzles, reveal hidden paths, freeze flowing water, turn darkness into light, levitate rocks and much more - Connect via Wi-Fi and battle against up to three friends in a head-to-head Eledees capture battle