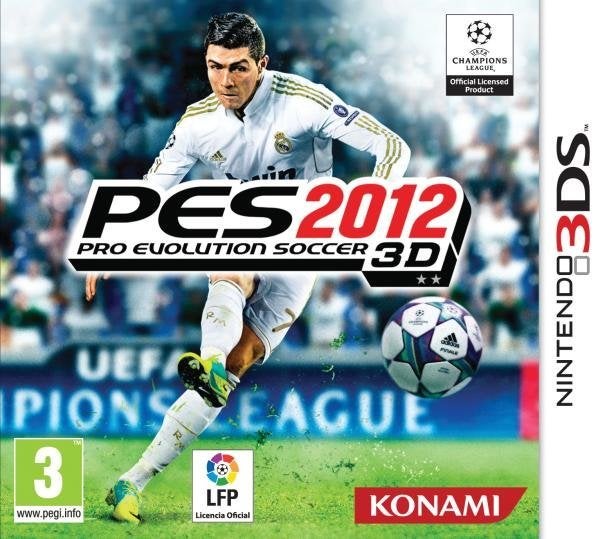 Its level of gameplay control is PES 2012 3D's pivotal point: The players precisely decide on every shot, through pass and sliding tackle, using the circle pad and buttons or the new Touch Screen controls where the Nintendo 3DS stylus is used to move the field players. Thanks to a variety of new and intelligent camera angles, the players always know what is happening on the pitch and - owing to the 3D features of the Nintendo system - feel like they are right in the middle of the action. The players can prove their mettle in a series of different game modes. The popular Master League - known from other console versions -is now an integral part of PES 2012 3D. It is used to build up and lead a team made of initially unknown players that advances to the highest honors of the football world. The new "Become a Legend" option allows a highly personal game experience, taking the role of a talented footballer who strives to reach the worldwide number one position. Other additions include new league and cup competitions as well as the Free Training mode. Moreover, the title features the exclusive UEFA Champions League licence and South America's most influential and important club competition, the Copa Libertadores. PES 2012 3D now also offers new online elements. The players can compete against a friend in one-on-one matches using the Wireless feature or the Nintendo Wi-Fi Connection. Features: - UEFA Champions League and Copa Libertadores modes. - Online Match. - Become a Legend, World Player, League, Cup and Training modes. - Optional Touch Screen controls. - Master League team data can be exchanged via the new StreetPass system.