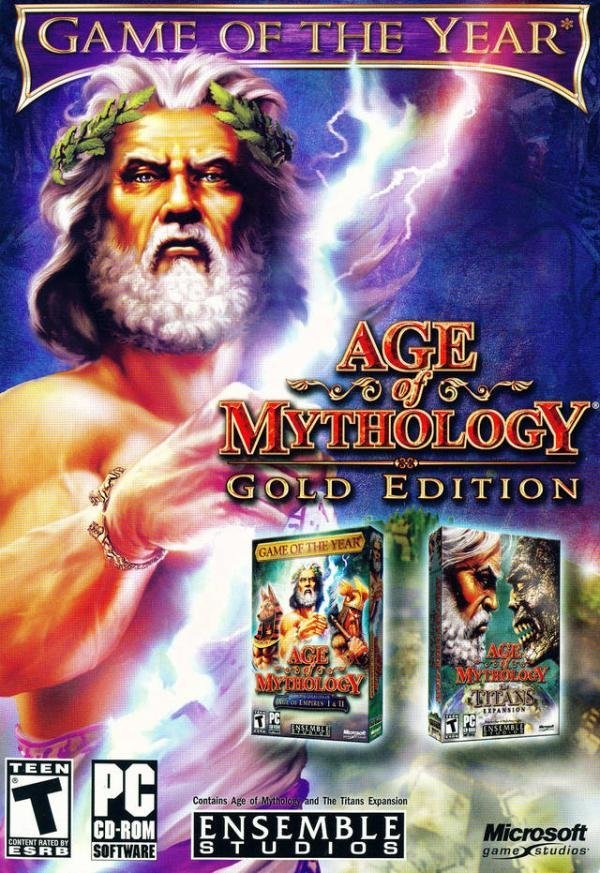 A compilation pack of Microsoft's Age of Mythology RTS and its second edition, AoM: The Titans. Features: - Age of Mythology: Gold Edition features two single-player campaigns: a 35-scenario campaign that allows players to take part in an epic mythological tale, inspired by a number of popular myths, and the Age of Mythology: The Titans single-player campaign; players guide their people to greatness by commanding all aspects of their empire: gathering resources, raising massive armies and waging war with enemies, establishing profitable trade routes, building new settlements, improving production or military might, as they advance through four distinct ages and experience the unique cultures of Norse, Greek, Egyptian and Atlanta civilizations; age of mythology: gold edition brings the ancient world to life in more detail than ever before with exciting gameplay elements and characters. It will unveil the incredible powers of the gods these include forest fires, frosts, meteors, lightning and plagues. In addition, myth units and human units allow gamers to build their civilization and go into battle in a nearly infinite number of ways; build civilizations, or play against others with easy-to-use multiplayer gaming online and single-player games against the ai opponents through ensemble studios online at.