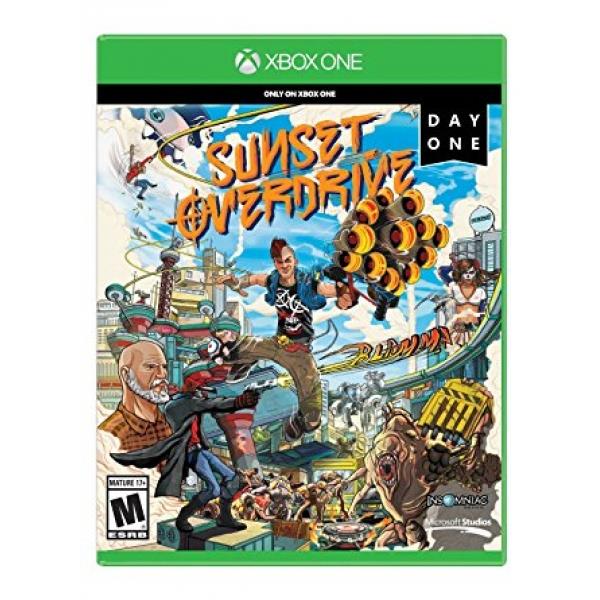 The Day One Edition of Sunset Overdrive is a special edition version of the game. In addition to the base game, the Day One Edition includes exclusive weapons and skins. Tucked within an announcement stating that Xbox One exclusive action game Sunset Overdrive is now being pressed to retail discs comes information on the game's day one bonus items, its pre order bonuses and the content packed Day One Digital Deluxe Edition. Those who pre order Sunset Overdrive from the Xbox Live Marketplace will earn two additional weapons, the Hangover, a series of beer cans strapped to an electrified pitchfork, and the Acordes de la Muerte, which is described as a guitar with melting candles on it melee weapon that can bash in the skulls of [your] vilified enemies. Additionally, those who play Sunset Overdrive on launch day will pick up a costume of the game's foul mouthed yet adorable mascot Fizzie, along with two more weapons.