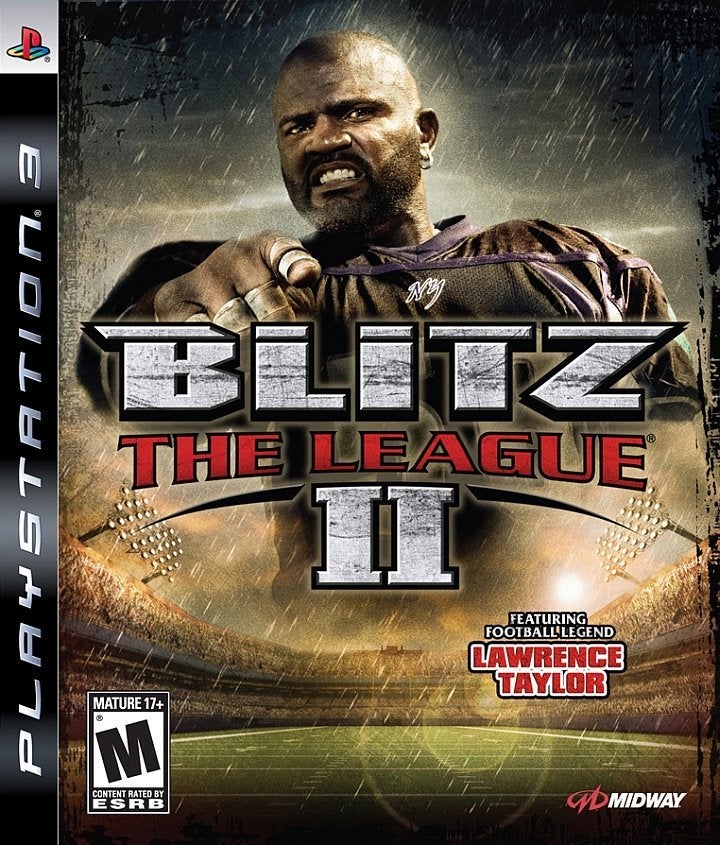 The sequel to Midway's unlicensed American football game contains not only a sports sim but also off the pitch character interaction. The fact that the game carries no authorisation from the National Football League sees it using a range of fictitious teams such as the New England Regulars, the Philadelphia Brawlers and the Mexico City Aztecs. None of these guys plays fair. In fact, like the previous game in the series, Blitz the League 2 encourages rather less than fair play. The 'Late Hit' is, in fact, a central pillar of the game. As is the background shenanigans that occur with characters such as 'The Agent' (voiced by comedian Jay Mohr); and the Prison Warden (Frank Caliendo provides the talent here ? he also produces a John Madden impression in his role as colour commentator). These colourful characters are joined by BTL stalwart, and former New York giant linebacker, Lawrence Julius Taylor who plays Quentin Sands of the fictional New York Nightmare. Basically, this is a grid iron sim that lets players loose with a huge roster, off field interaction, customisable touchdown celebrations, realistic injuries, gruesome mini-games, and the creation of your own player called 'The Franchise' who is represented by, of course, The Agent. The fact that Blitz The League 2 comes without the blessing of any official body lets is take chances and liberties. A game for American Football fans and those who simply want a PS3 or Xbox 360 game that lets them let off a great deal of steam.