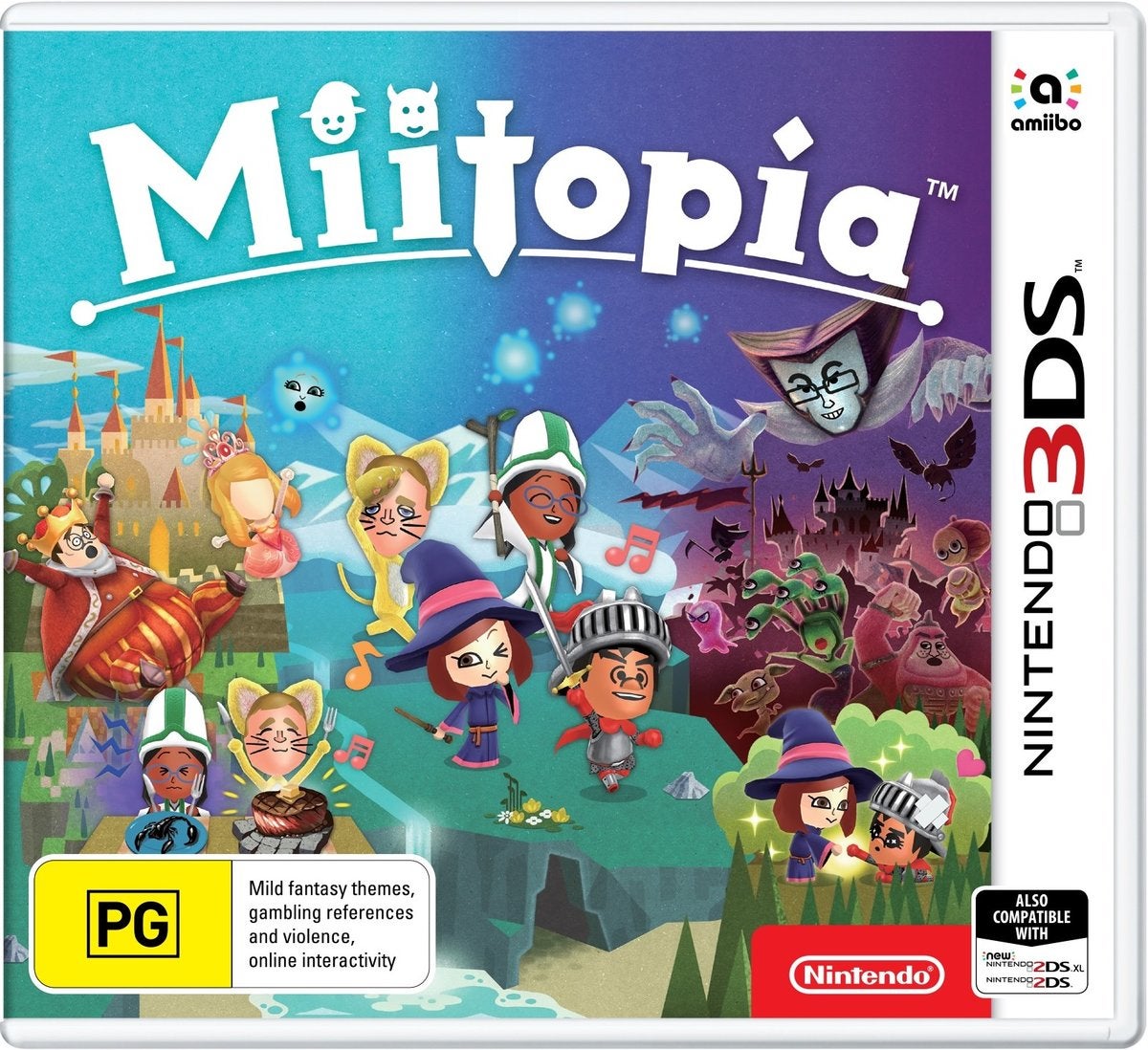 Mii characters based on your favorite people must unite to do turn-based battle and save Miitopia. Cast them in roles across the kingdom, manage friendships, and give them jobs with distinct stats, abilities, gear, and a custom look. Then behold as awesomeness unfolds! Guide your team of Mii characters on a quest to defeat the Dark Lord and restore the stolen faces of the citizens of Miitopia. As you watch with bated breath, Mii characters will mingle over food, camping, exercise, sleeping arrangements, and yes, combat! In these wild, yet traditional RPG battles, your party's relationships affect the outcome. Enemies attack while you explore the world map, which is littered with hidden paths and treasures. For more customization options, try tapping compatible amiibo figures, some yield in-game Mii costumes based on the characters tapped, while others offer tickets to play mini-games in the arcade. Talk about a win-win! Embark on your own personalized journey.