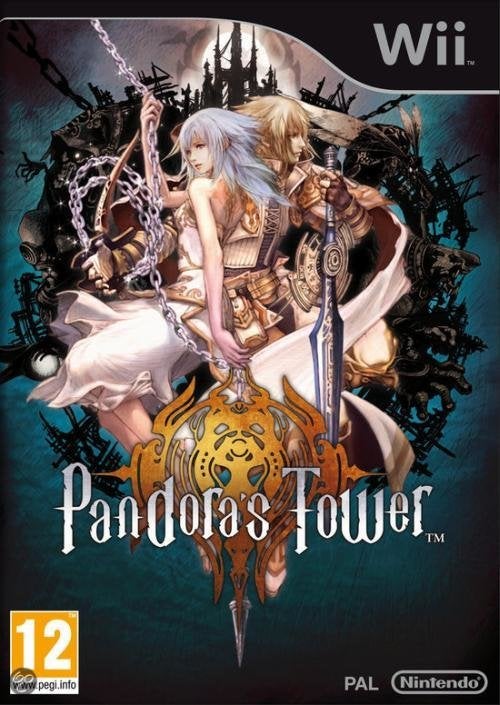 Break a curse that threatens to transform a beloved friend into a horrific beast in the stylish, dark and captivating Pandora's Tower for Wii. This game blends RPG elements with action-packed gameplay as you assume the role of Aeron, an Athosian soldier facing a deeply personal and emotionally charged mission. With your friend, Elena, bound to a grave fate that is causing her to mutate into a demonic abomination, you'll feel the pressure of time and the rush of accomplishment as you take up the fight to eradicate the spreading evil that has gripped her. To add to the drama of this melancholic and unconventional adventure, it is only by consuming the remains of monsters Aeron has slain that the cruel curse binding Elena can be reversed. The world of Pandora's Tower features 13 grueling environments to tackle, each one based within a tower structure, and each one home to grim monsters whose flesh takes on a macabre significance in the game’s engrossing plotline. Enemies can be attacked in two ways -- with a bladed weapon offering hard-hitting results up close, or with a magical chain possessing uses that extend far beyond overcoming opponents. Aimed by pointing the Wii Remote at the screen, the Oraclos Chain can be used to latch onto elements of the environment, allowing the player to reach new heights, activate levers or pull down parts of their surroundings. The chain also acts as the ultimate restraint when tackling monsters, allowing for innovative combat techniques as you engage in fast and furious real-time battles. Features: - Experience a dark and original RPG adventure, where you must break a curse that threatens to transform your friend into a demonic beast. - Explore and survive 13 towers, defeating enemies and traversing your environment with a combination of swordplay and by using a magical chain that boasts multiple uses.