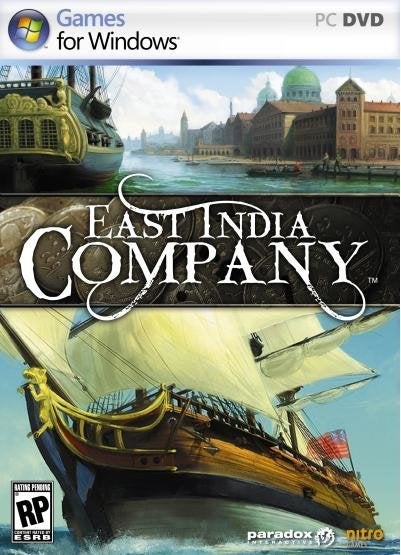 In East India Company, players assume the role of Governor Director of one of the East India Companies or other rival companies. There are eight nationalities to choose from: British, Dutch, French, Danish, Portuguese, Swedish, Italian or Spanish - with the goal of bringing new colonies and wealth such as: tea, spices, gold, diamonds and other precious cargo back to Europe, but they must dominate the other rival empires along the way. Players will also conquer the open sea and explore 40 different cities, towns and villages. General Features: - Hire and manage your own crew - Buy guns and ammo - Repair and upgrade your ships at port - Buy and sell goods - Establish profitable trading routes - Open diplomatic relations or declare war - Negotiate tense political situations - Lead the most powerful company in history - Take over colonies and expand your empire - Build a powerful fleet to rule the seas - Conquer strategic ports - Accomplish tasks ordered by your company or the Crown - Supports up to 8 simultaneous players - Player statistics tracked on the EIC game server - Raise your ranking by thwarting your opponents - Head-to-head missions are a true test of strategic skill