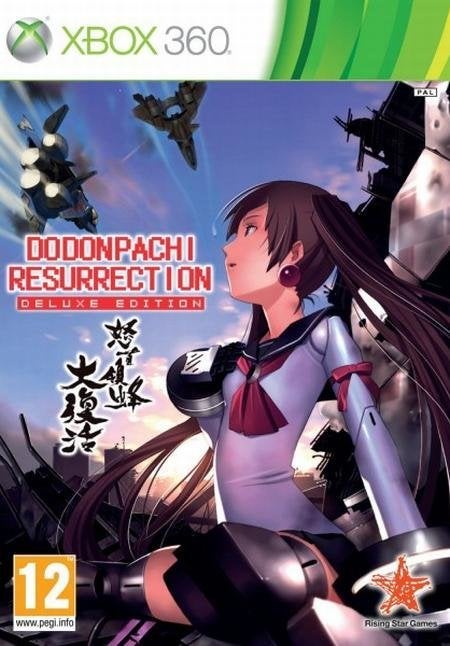 After the turmoil caused by the assault on Lunapolis which sparked the "Blissful Death Wars" (as depicted in the previous instalment), peace seems to have been restored, with the legendary DonPachi Corps retreating to its HQ in a space-time fold. Six years later, anomalies are detected in the space-time fabric, yet tests reveal nothing out of order, with the portals regularly functioning for both teleportation and time travel; also, the leader of the DonPachi squadron Colonel Longhena Gottvin dismisses the matter due to the lack of actual danger. Nevertheless, a technician delves deeper into the anomaly, discovering that something has infiltrated the HQ computer systems and is using the portals to send large quantities of materials and data to the past, spreading out like a virus and quickly evolving. Unsettled, the Colonel authorizes the last transport ship to time jump in order to fight back the invasion before future changes. Once again, the three pilots jump back in time to 2008 and enter the fray, the transport ship being targeted as soon as it exits the portal: the Element Daughters, gigantic evolutions of the Dolls, are waiting... Features: - Home gamers can now experience Dodonpachi Resurrection the way it was intended for arcades - Challenge the complex scoring system of Arcade mode in full HD resolution with an arcade stick or Xbox 360 controller - Dodonpachi Resurrection for the Xbox 360 features a remixed mode "Arrange B" which adjusts itself according to the user's play style - Exclusive to the console release, "Arrange A" is the second remixed mode - With every play-through, bullets increase or decrease according to skill - Deluxe Edition includes official soundtrack CD