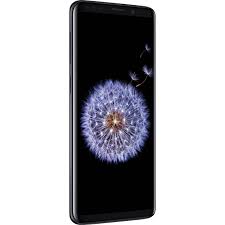 Samsung’s latest flagship phone debuted in Australia on Friday, March 16th, 2018 and is available in two capacities: 64GB, which has an RRP of $1,199, and 256GB, with a recommended retail price…
Read more

The Samsung Galaxy S9's party piece is a seriously impressive camera, but there's much more than a passing resemblance to the Galaxy S8 which is now considerably cheaper. It may make the S9 slightly harder to justify, but it's still set to be an excellent smartphone.

Samsung’s latest flagship phone debuted in Australia on Friday, March 16th, 2018 and is available in two capacities: 64GB, which has an RRP of $1,199, and 256GB, with a recommended retail price of $1,349. It’s available in three colours which Samsung’s calling Midnight Black, Coral Blue, Lilac Purple.

In terms of looks, the handset isn’t hugely different from its Galaxy S8 forebear — and in fact, it’d take a keen eye to tell the two apart at a glance. The key giveaway is that the Galaxy S9’s camera and fingerprint sensor setup on the back is slightly different, with the latter having been moved from beside the camera to below it. That's a positive changed which makes the sensor far easier to find by touch alone, and should result in less fingerprints all over the camera lens. For those who’d like less "hands-on” security, there’s also an iris sensor that lets you opt for face unlocking instead.

The Australian market gets the Samsung Exynos-powered version of the phone (the same eight-core Exynos 9810 chip that’s used in the Korean model) rather than the Qualcomm Snapdragon unit available in some other markets, like the US. There’s not a huge difference between the two chips — both are fast and fully-capable of running the phone's Android 8.1 operating system at a smooth and responsive rate.

Samsung’s thankfully kept the crowd-pleasing features which have helped make the Galaxy range of phones so popular, meaning that at a time when many competitors are dropping them, the Galaxy S9 still includes a microSD slot (with support for expansion cards up to 400GB) and a 3.5mm headphone socket, so you can plug in your favourite wired headphones without the need for an adapter. It also maintain’s the Galaxy S families IP68 water- and dust-resistance rating, which has been standard for several device generations now.

That’s all fronted by a 5.8-inch Super AMOLED display at 1,440 x 2,960 pixels (570ppi) and, continuing Samsung (and the rest of the industry’s!) recent preference for taller phones, the S9’s screen has an 18.5:9 aspect ratio matched with quite narrow bezels (particularly on the sides) which is further accentuated by the screen’s curved edges, which makes the phone look quite tall and slim, and is still comfortable in the hand.

Happy snappers will be pleased to note that the the main 12MP camera is a dual-aperture unit which combines f1.5 and f2.4 lenses with onboard optical image stabilisation (OIS) to greatly enhance the phone's low-light shooting capabilities. Samsung reckons it can produce clear and crisp images even in dim lighting. There’s also a sweet slow-mo video mode that can capture action at up to 960 frames per second at 720p.

Like its predecessor, the Galaxy S9 does cabled fast-charging via the USB-C socket in the bottom, and can also be charged wirelessly using the common Qi wireless charging standard — as with just about every phone supporting the latter though, you will however need to BYO wireless charging pad if you want to take advantage of it.