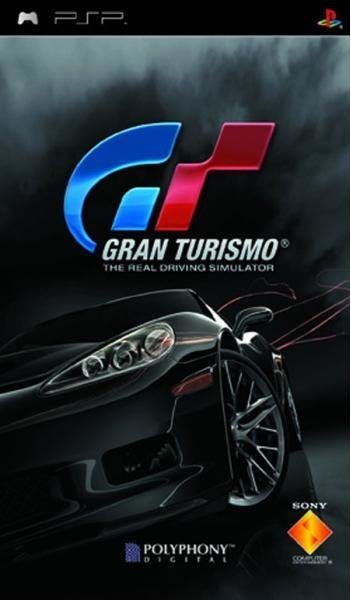 Developed exclusively for PSP by the internal team of designers and engineers at Polyphony Digital, Gran Turismo is built for optimal performance and fun racing excitement on the portable platform. Consistently setting the bar in terms of quality of design and physics technology with every product release, Gran Turismo on the PSP is no exception and offers an authentic and accessible racing product for the series' millions of fans and newcomers alike. Gran Turismo features more than 800 vehicle models from the world's top manufacturers (over 4,500 total paint variations) and more than 30 tracks (60+ total layouts), including famous world circuits, city courses and other environments. Featuring exciting gameplay and game modes to suit all levels of play, Gran Turismo is a great introduction to the best-selling series for newcomers. Additionally, seasoned Gran Turismo fans will recognize the depth of content and unparalleled visuals the series is known for, including graphics running at a stunning 60 frames per second. Players can progress and acquire cars in Challenge Mode throughout more than 100 events in, or they can explore different tracks and circuits in Arcade Mode. Features: - Developed by Polyphony Digital Inc. for PSP -- Gran Turismo's debut on PSP is developed by the internal team behind the world's best-selling racing series. - Over 800 vehicle models -- Players can race their favorite vehicles from the top manufacturers around the globe, including Ferrari, Nissan, and more. The vehicle model count climbs to over 4,500 when the various paint configurations are included. - Over 30 Tracks from Around the World -- Famous circuits and some of the favorite environments from the Gran Turismo series have been optimized for racing on PSP.