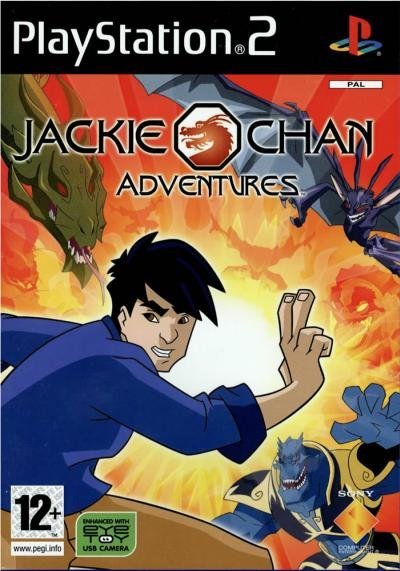 Jackie Chan Adventures is based on the hit kid's action cartoon of the same name, which features Jackie as an ancient artifact expert and special agent for the government's secret "Section 13". Jade, his 11-year-old tomboy niece quickly becomes his apprentice and partner as they scour the globe looking for sacred talismans and protecting the planet from ancient Chinese demons. Jackie Chan Adventures follows the story of the cartoon series very closely, as Jackie's Uncle sends him to recover 12 ancient talismans. Each talisman unlocks new powers for Jackie, allowing him to access new areas within the game world. A bonus EyeToy mini-game is included. Features: - Based on the hit children's action animation, featuring beautiful graphics and all the favorite heroes, villains and locations from the show; - Players can unleash a massive selection of Jackie Chan's trademark acrobatics and kung fu - run up walls, back flip, throw their enemies and use all the moves seen in the show; - Collect talismans to unlock new abilities for Jackie and reach new levels in the game; and - Use your body to play hilarious bonus-games with EyeToy.