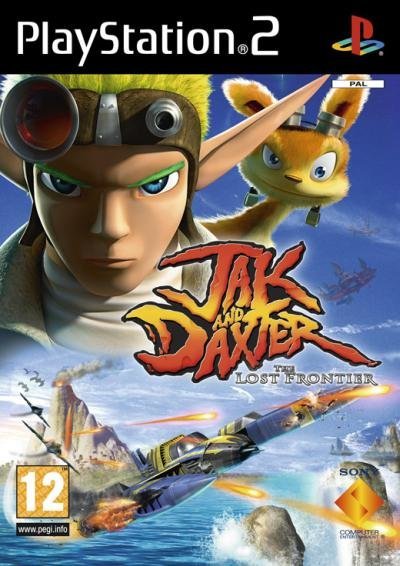 Daxter is reunited with Jak in Jak & Daxter: The Lost Frontier, a 3rd Person Action/Adventure game that picks up their story where the original trilogy ended. When their world begins to run out of Eco, Jak and Keira travel to the edge of the world in search of the ancient Precursor machinery that could reverse the planet’s decline. They're not the only interested factions out on the Brink, however; Jak must contend with Sky Pirates while struggling to control his own Eco powers. With trademark Jak & Daxter game play, players will manipulate light & dark eco, engage in vehicular combat, and wield a customizable gunstaff, Jak's weapon of choice. With intense sky battles and attacks on behemoth capital ships that comprise nearly half the game, players will earn frequent rewards and raw materials to customize his aircraft. Features: - All new Jak & Daxter adventure that takes place after the conclusion of the original trilogy. - Navigate through new zones in the air and on the land, get to grips with new Eco powers. - Utilize four different colors of eco to customize your skills. - Take control of five different planes each with its own strengths and weaknesses. - Open ended game play allows players to choose between critical missions and optional missions in order to gather additional modifications and eco. - Wreak destruction with the Gunstaff: a new weapon that also transforms into the Shockwave Concussor, Blaster, Vulcan Fury and Peace Maker.