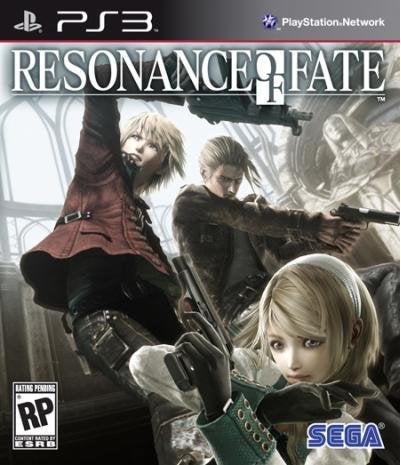 Civilization on earth has long been forgotten with the previously lush world now a burned out remnant of its former self. Originally built as an experimental life support system, Basel is now the only place on Earth where mankind can sustain their lives. As their role, the PMF (Private Military Firm) the group (Vasheron, Zephyr and Leanne), must seek out and complete quests for their clients leading them on a journey that will reveal the truth of Basel. Resonance of Fate is developed by the heralded RPG developers, tri-Ace, who have had a hand in developing some of gaming’s most celebrated RPG franchises from Star Ocean to Valkyrie Profile. Sega and tri-Ace now introduce Resonance of Fate, which adds a new spin to the genre with a new cinematic action gameplay system centred around gun play and a steam punk styled world. Key Features: - Experienced RPG development team: tri-Ace, the creators of RPG franchises - Star Ocean, Valkyrie Profile and Infinite Undiscovery - are behind this entirely new vision of fate within a steam punk world. - Battle system: Battle in fantastic cinematic action as your characters wield firearms in a semi-real time gameplay system. - Invincible mode: Pull spectacular moves and precision attacks through this special mode designed to chain enemy attacks together. - Unique story: Built around a gigantic tower machine, the story will delve deep into fate and the machinery that controls it. - Beautiful environments: Masterfully crafted environments pepper this title to illustrate the deep tapestry of this dystopian world.