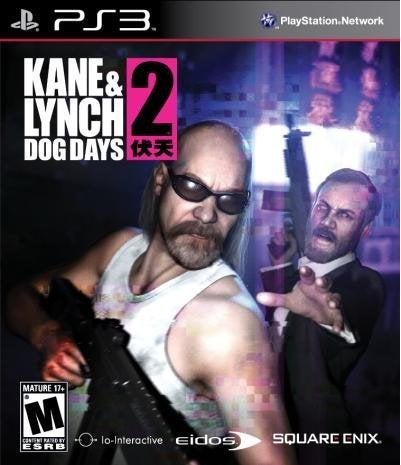 After a simple job goes wrong, Kane and Lynch find themselves wanted by the entire Shanghai underworld. Lynch is living the good life as a henchman in Shanghai, where he has settled down with his girlfriend. He's involved in a big arms deal but needs help to make it happen. Kane is a wanderer, an ex-mercenary with family problems who needs to get away. Despite their differences, Lynch calls him for help. Once together, they set-off a chain of events over two days, as the deal falls apart and Kane and Lynch face the consequences the hard way. Kane & Lynch 2: Dog Days is a raw and brutal crime shooter designed to take players on an even more intense story experience, following two of gaming's most disturbed criminals, through the gritty Shanghai underworld. Introducing a new visual experience, Kane & Lynch 2: Dog Days is inspired by documentary filmmakers and the user-generated era. Every aspect of the game has been designed to deliver a fresh perspective to the words 'intensity' and 'realism' in videogames. Features: - Play as Lynch – This time play as psychopath Lynch. He's taking advantage of the opportunities Shanghai has to offer, and nothing is going to get in his way. - Brutal shooter gameplay - players will feel the world pushing back on them, creating constant tension, as they fight to survive. New shooter mechanics built from the ground up with button-activated cover system, refined A.I. and new features to add to the frenetic pace and realism - Online Co-op – play as Kane and Lynch taking on the lowlife of Shanghai - Arcade mode - In Arcade Mode, a single player version of the innovative Fragile Alliance mode, your objective is to help the Alliance escape with as much of the loot as possible. You are paid if you survive the round, and continue through increasingly challenging levels as long as you survive and escape, but with the cops on your back and an escape vehicle that can’t wait the pressure is on.