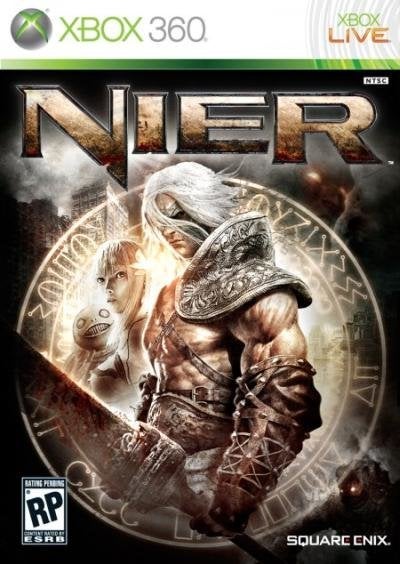 Nothing is as it seems in this action adventure game, set in a crumbling world plagued by disease and dark, unrecognizable creatures. Players assume the role of the unyielding protagonist, Nier, resolute in his quest to discover a cure for his daughter, who is infected with the Black Scrawl virus. With powerful allies and a mysterious book, Nier encounters things that will confound even the mightiest of warriors. Created by Cavia and Square Enix, Nier blends both innovative and traditional RPG gameplay mechanics with an intense, bloody combat system to create an action-packed single-player experience where players explore and discover a future lost to a shadowy past. Armed with a powerful set of magical abilities as well as mighty swords and armor, players will do battle alongside a set of formidable allies against waves of dark enemies and giant bosses to discover the truth about the disease, his daughter ... and himself. Features: - Unbelievable Story Twists and Reveals: Immerse in an amazingly intricate storyline set in a world plagued by human anguish, buried secrets and a ravaging disease. With plot twists hiding around every corner, Nier's story needs to be seen to be believed. - RPG Gameplay Injected With Action-Packed Combat: Battle ferocious and mysterious enemies by combining proven RPG-style gameplay, such as magic, character development and faithful allies, with action-focused explosive swordplay and combat. - Powerful Magical Abilities: When his sword isn’t enough, Nier can call on a remarkable array of stylish and powerful spells to augment his combat moves and overcome adversaries. As players progress, upgraded spells will help defeat ever-more-deadly enemies. - Brutal Combat Moves: Face off against evil creatures and unleash brutal combat moves along with devastating combo attacks. Unlock an arsenal of devastating weapons, each with its own design and attack style.