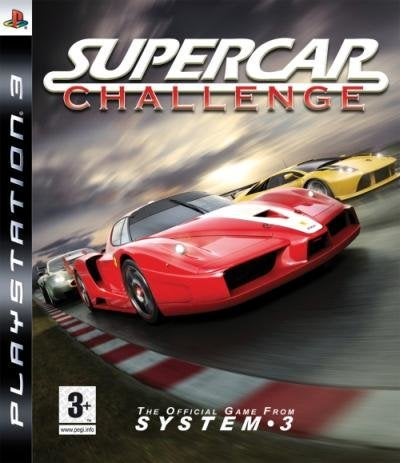 Building on the critically acclaimed Ferrari Challenge racing simulation engine, SuperCar Challenge heralds the addition of the sexiest supercars on the planet while improving on its spiritual prequel in every way. Over 40 cars will be available to throw around the most celebrated corners on the racing calendar. Experience the thrills and spills that come with harnessing the full grunt of an Aston Martin DB9, the Lamborghini Murcielago RGT, the McLaren F1 and many more! Of course, the game caters for the Ferrari fans too with a selection of favourites making the cut from 2008’s Ferrari Challenge. Players young and old, veteran or novice will be able to enjoy the look and feel of a real supercar thanks to brand new additions to the handling modes, with the ultimate aim being to graduate players through to full simulation handling. - Over 40 different cars ranging from the Lamborghini Murcielago RGT, to the Aston Martin DB9, to the McLaren F1, to our previous favourite the Ferrari FXX. - Over 20 tracks, from favourites such as Silverstone and Nurburgring to less well known greats such as Mugello Italy. - Trophy mode, Career mode (more details to be announced soon), Arcade mode, Quick Race and 16-player online/LAN multiplayer. - Ferrari Challenge’s praised livery creation tool has been taken and improved considerably. - Dynamic AI: rival drivers will get better or worse depending on how you race so you’ll always have a decent challenge going on around you. Of course, should you wish to have consistent AI you can switch this mode off. - Graphical overhaul: in terms of textures, poly counts, scenery, backdrops, particle effects and (perhaps most importantly) framerate, everything has been improved. - Improved sound: every engine rev, screech and impact has been tirelessly recorded and re-recorded on the field. Voiceovers and commentary from Tiff Needell!