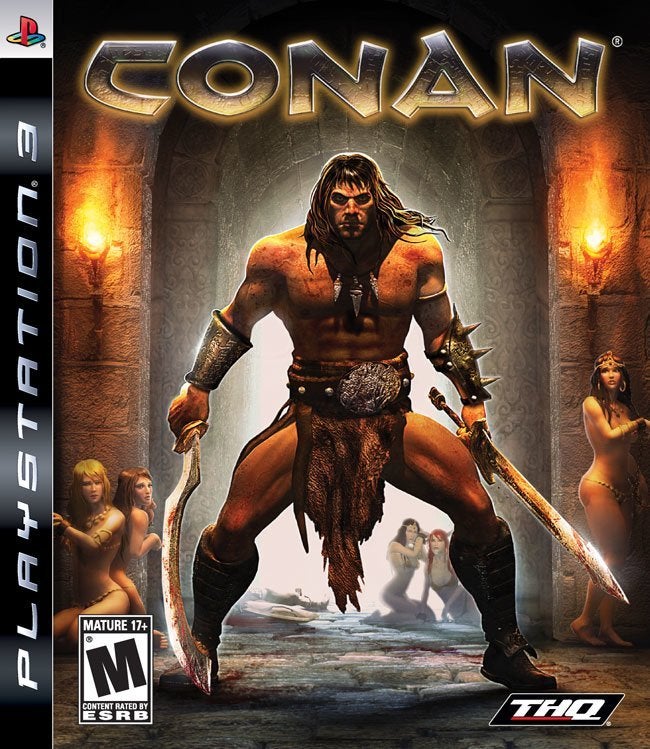 Conan is an action adventure video game featuring a story of epic brutality, sheer evil and visceral combat. Players follow the journey of Conan the Cimmerian as he fights a vicious battle against a variety of enemies and an elusive power that threatens to consume the Hyborian world. Playing as Conan, players will take advantage of a deep and gratifying combat system that offers a variety of deadly weapons, fighting styles and interactive environments to battle hordes of enemies. In addition, Conan harnesses next generation hardware to deliver a cinematic game play experience, complete with special effects, lighting and a powerful, epic soundtrack, to capture the essence of the Conan universe. Use over 20 weapons Master over 100 unique combat moves Use a branching combo system that can go from single-handed to dual-weilding Play 24 missions set across 6 major locations in the Hyborian universe