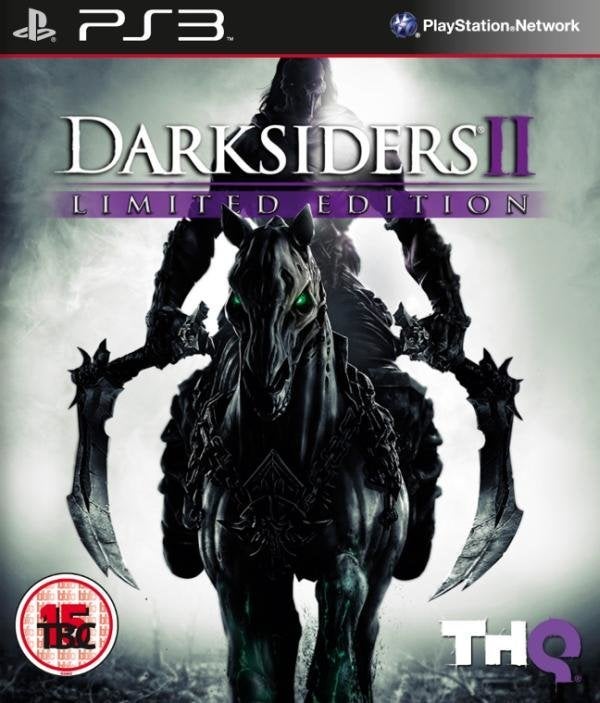 The Darksiders 2: Limited Edition is available only for launch, and includes a code that allows free access to the Darksiders 2 "Arguls Tomb" expansion, the first DLC pack which will be available around 30 days from launch. When released, this DLC pack will offer extra gameplay content, including a whole new dungeon to explore, further extending the Darksiders 2 experience Darksiders 2 follows the exploits of Death, one of the four horsemen of the Apocalypse, in a weaving tale that runs parallel to the events in the original Darksiders game. This epic journey propels Death through various light and dark realms as he tries to redeem his brother War, the horseman who was blamed for prematurely starting the Apocalypse in Darksiders. Awakened by the End of Days, Death, the most feared of the legendary Four Horsemen, embarks upon a quest to restore mankind, and redeem his brother's name. Along the way, the Horseman discovers that there are far worse things than an earthly Apocalypse, and that an ancient grudge may threaten all of Creation. Can Death really become mankind's savior? Become the terrifying force which everything fears but nothing can escape. Death Lives in Darksiders 2 Features: - Play Death – Become the most feared of the legendary Four Horsemen, able to destroy entire worlds and battle forces beyond Heaven or Hell. - Epic Universe – Unlike anything the player has seen before, delivered in the unique style of Joe Mad. - Player Choice & Customisation – Slayer, Necromancer, & Wanderer armor sets along with the Harbinger & Necromancer Skill Trees allow players to create their own Death. - Replay-ability – Side quests, open world feel, Skill Tree customization, and leveling system with endless armor & weapon set combinations offer compelling reasons to play through DSII again and again.