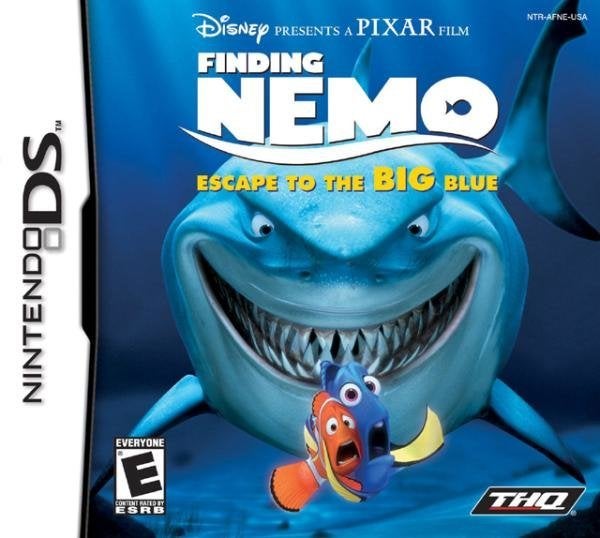 In an attempt to bring the beloved children's film to another engaging platform, Disney has released DISNEY PRESENTS A PIXAR FILM: FINDING NEMO: ESCAPE TO THE BIG BLUE by THQ for the Nintendo DS. This new game is well suited for young and slightly older fans of the original movie because of the increasing level of difficulty found in many of the mini games and the deletion of some of the more repetitive games found in some of the previous Nemo themed game releases. Because this game has been released in the DS format, the player controls the action through the use of the touch screen, giving them more control over the game and allowing for more exciting game play. The game also has a built in tutorial that allows players to become more acquainted with the mini game before they play. So, if you haven't played any of the previous Nemo games, jumping into this latest adventure will not confuse players. The graphics are outstanding and draw the player into the game. The developers put a lot of time and effort into this endeavor, and that comes across in the variety of background objects that appear throughout the game. The individuality and appeal of the original characters has definitely not been lost in the translation. All in all, DISNEY PRESENTS A PIXAR FILM: FINDING NEMO: ESCAPE TO THE BIG BLUE will entice audiences young and old by keeping them involved in this interesting version of Nemo's now epic tale. Features: - A variety of mini games; Outstanding graphics; Use of the Touch Stylus for optimum controls.