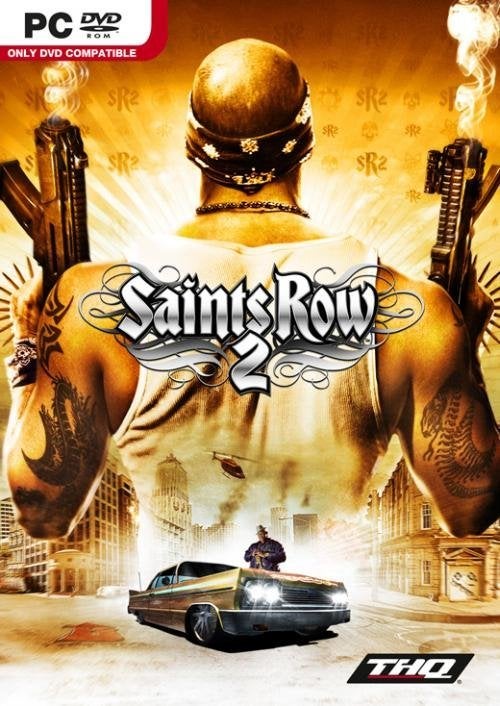 Saints Row 2 takes place a few years after the original. Several new upstart gangs have been able to sweep in and make their mark on Stilwater. At the same time, a multi-national conglomerate known as the Ultor Corporation has become a pivotal player in city politics, pumping millions of dollars into rebuilding the metropolis. As leader of the Saints, you'll have to do whatever it takes to protect the members of your gang from new enemies, including the Ultor Corporation and rival gangs. Play as fully customizable characters that are male, female or something in between. Vehicles can be visually customized as well as performance tuned. Cribs and even gangs all have an amazing degree of detailed customization options. Full co-op campaign has seamless integration—competitive multiplayer pushes the boundaries of open world gaming. Planes, helicopters, motorcycles, boats and cars can be piloted and used as weapons. On the ground new combat options include melee, fine aim, and human shield. More missions, activities, diversions, races, weapons, vehicles, cribs, city districts, and interiors than ever before. Over 40 story missions with additional bonus missions take place.