THQ SpongeBob Vs The Big One Beach Party Cook-Off 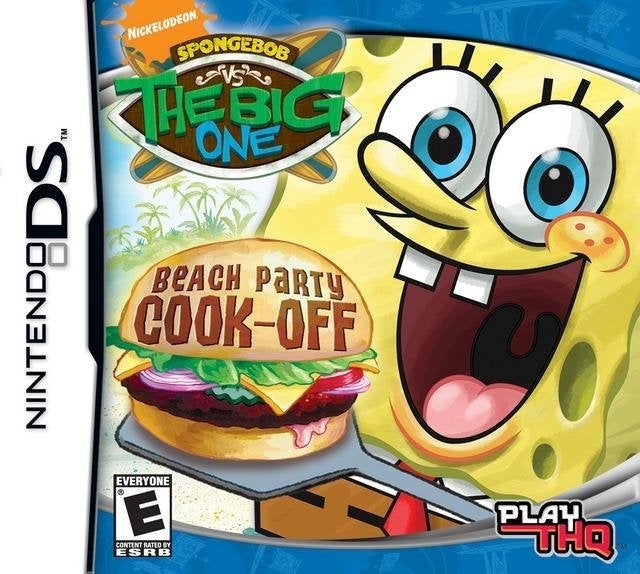 In SpongeBob vs. The Big One: Beach Party Cook-Off, Mr. Krabs has signed up to compete in the cooking contest that will determine who will cater Jack Kahuna Laguna's Big Beach Party. Players will be tasked with assisting SpongeBob, Patrick and friends in running the Krusty Krab and training Plankton’s cousins in the creation of the best deep-sea dishes. Utilizing the Nintendo DS touch screen and stylus, players will serve more than 100 different zany entrees, such as a perfectly done Krabby Patty, Anemone Meatloaf, Fried Seaweed Sandwiches and other Sponge-I-Fied foods. With more than 25 different cooking activities, players will also learn how to cook SpongeBob style, which will include new and unique culinary techniques such as skipping, painting, and slingshooting. As players progress through the game, they will earn rewards that will allow them to customize and decorate the Krusty Krab restaurant. Loaded with authentic voice-overs from Tom Kenny, the official voice talent of SpongeBob, the game also features wireless cooperative gameplay that will unlock additional Sponge-tacular recipes. Features: - You play as SpongeBob preparing zany foods from Anome Meatloaf to Fried Seaweed Sandwiches - Using the stylus, prepare over 100 Sponge-I-Fied recipes using over 25 different cooking activities from slingshooting to skipping - Earn rewards to customize the Krusty Krab Restaurant - Loaded with over 2,000 lines of SpongeBob Voice-Over - Compete in wire-less mode testing your cooking skills against your friends