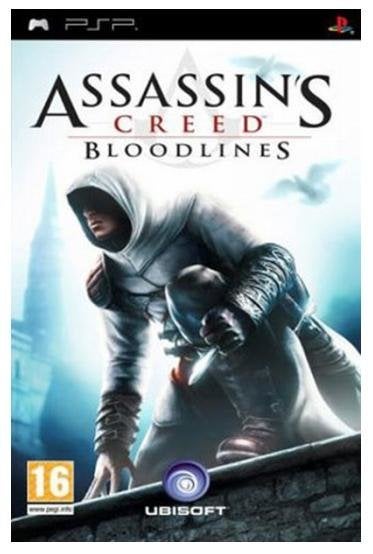 This is an exclusive PSP entry in the popular Assassin's Creed franchise, which follows covert assassins at crucial junctions in history. This game bridges the story gaps between Assassin's Creed 1 and 2, focusing again on Altair in a storyline set shortly after the events of the first game. Here, the bloodlines that tie these characters are drawn as Altair tracks the remaining Templars to the island of Cyprus. Features: - Dynamic Locomotion -- Like the next-gen SKUs, Altair on the PSP reacts to the terrain fluidly, diving through holes and climbing ledges with only the creative application of the Free Run button. - Tremendous Visuals -- Altair and his environments are beautifully rendered to maximize the PSP's visual capabilities. - PS3 Connectivity -- Collect Templar Coins and Treasures on the PSP, connect to your PS3, and share value across both SKUs. Additionally, as players unlock Health and Weapons upgrades in Assassin’s Creed 2 PS3, the same upgrade will be unlocked in Assassin’s Creed: Bloodlines PSP.