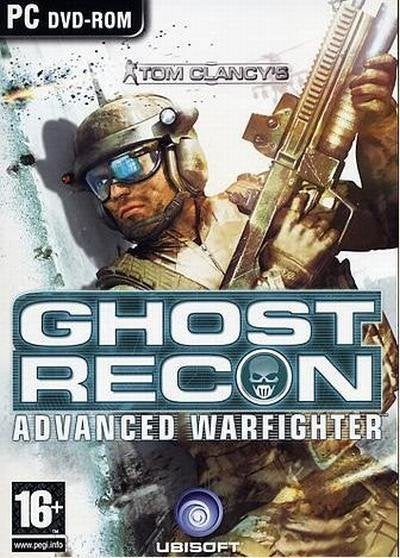 In 2013, the U.S. Army will implement the Integrated Warfighter System evolving what we know as the modern soldier. IWS combines advanced weapon systems, satellite communication devices and enhanced survivability into one fully integrated combat system. The IWS program has been developed to meet these new threats head on. Now, it can be tested on the battlefield. In Tom Clancy's Ghost Recon 3, players will embody Captain Scott Mitchell as he commands the Ghosts and Special Forces allies equipped with the IWS in the quest to save the president of the United States, recover stolen nuclear codes and eliminate a vicious band of renegade soldiers hell-bent on unleashing catastrophe. The game unfolds entirely in Mexico City, where numerous, meticulously researched and detailed environments will deliver complete immersion into the future of urban warfare. Features: - Gain access to the future of military technology. Using a fully integrated combat system with cutting edge weapons and communication systems, gamers will embody the soldier of the future. Based on actual military research, the Ghosts give gamers a realistic view of how war will be fought in the next decade; Tom Clancy's Ghost Recon Advanced Warfighter is built from the ground up for next-generation consoles, maximizing increased power to deliver phenomenal graphics and a host of innovative features. Current-generation versions will be custom tailored for each platform; use the revolutionary cross com, a communication device powered by satellite technology. Attached to the soldier's monocle, the cross com provides full situational awareness and command of the battlefield. Command the Ghost squad and remote allied forces and drones, and direct artillery and air strikes. See what the squad sees and receive visual and auditory intelligence from allied forces and unmanned drones; one capital, multiple locations.