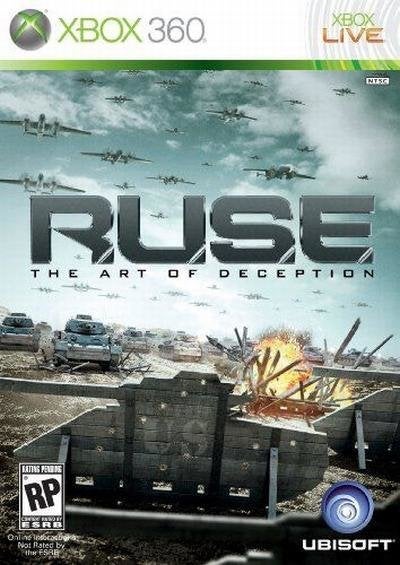 R.U.S.E. is a one-of-a-kind real-time strategy game that allows players to bluff their enemies to lead their nation to victory, controlling the action using views that range seamlessly from the heart of the battlefield to the full theatre of war. Players will be plunged into the action thanks to the exclusive IRISZOOMTM Engine which offers an intuitive interface that allows for smooth, rapid transitions from a birds-eye view of the entire conflict, down into the heat of the battle and vice versa. Features: - Become the master of deception: Fight a war of perception using recon units & your spying network to gather intelligence on your enemy and then strike at his Achilles heel! Use overturning deception skills to mislead your enemy: decoys, camouflage, radio silence, deciphering, intoxication... Combine military maneuvers & cunning stratagems for victory: your brains are the ultimate weapon! From captain to the chief in command, live an epic campaign full of manipulation, jealousy & betrayal! - Experience War as a Strategist: Command a huge spectrum of units : dozens of infantry, vehicles & aircraft units with specific abilities. Wield executive power : secure revenues, plan units production & launch advanced research programs. Undermine the enemy strategy by cutting its supply lines & weakening its logistics. Use the exclusive IRISZOOM engine as the most intuitive interface to easily identify the balance of power and run into action. Fight on immense & incredibly detailed maps, the biggest in a RTS: a perfect playground for strategy! - Fool real people is the ultimate thrill: Test your strategic skills with fast-paced, addictive cooperative & adversarial skirmishes, up to 8 players. Face unpredictable battle situations & reverse the balance of power by using bluff and deception against your opponents. Choose your nation between 6 Axis or Allied powers with specific units & abilities.