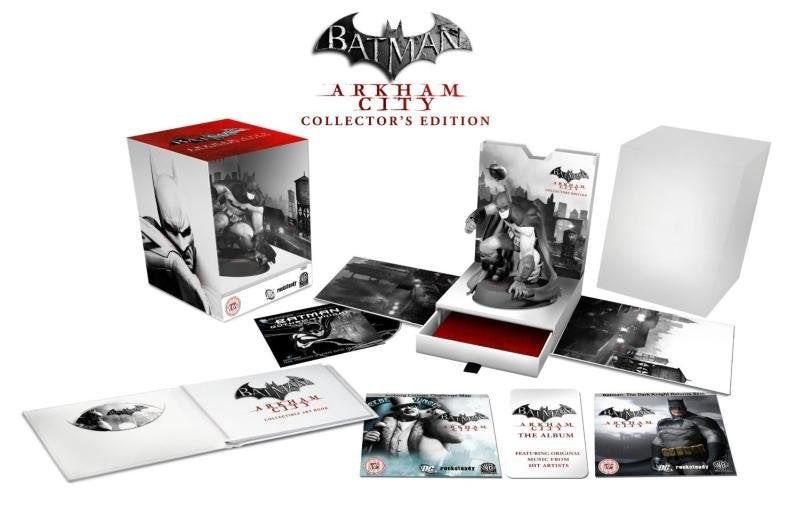 Developer Rocksteady Studios returns players to its dark vision of Gotham, where the Arkham Asylum for the Criminally Insane has been replaced with a walled-off expanse of city streets and abandoned buildings, ruled only by deadly mad anarchy. From a familiar third-person perspective, players resume the single-player role of Batman, for missions of infiltration, assault, recovery, and rescue. Gruesomely outnumbered, the hero's survival still relies largely on stealthy ninja tactics, although open environments occasionally call for cape-aided hang-gliding or grappling-hook acrobatics. Although the territory of the new Arkham City is nearly five times larger than the old asylum grounds, Batman's path is sometimes limited by outbursts of gang warfare, usually best avoided. The game also regularly presents puzzles for the Dark Knight to solve, in the gadget-enhanced "Detective Mode." The combat system has been refined, allowing Batman to counter attacks from multiple opponents at once, and to access his gadgets in the middle of a fight. Set only a year after the events of Arkham Asylum, the game's story begins with Quincy Sharp, the former warden who is now mayor of Gotham City. His plan -- to shut down the asylum, move the inmates to a walled in section of city slums, and hire private security to guard the new borders -- has created a zone of pure lawlessness in the heart of Gotham. It is a city within a city, where inmates are free to roam the streets, stealing and killing as they wish, so long as they do not attempt to escape. The Collector's Edition of Batman: Arkham City comes in special packaging that features a book of art from the game's development, and includes an exclusive Batman figure manufactured by Kotobukiya. With an internet connection, Collector's Edition purchasers can also download a challenge map and character skin for in-game use, as well as an album of digital music, and the animated movie, Batman: Gotham Knight.