Warner Bros Batman The Brave and The Bold 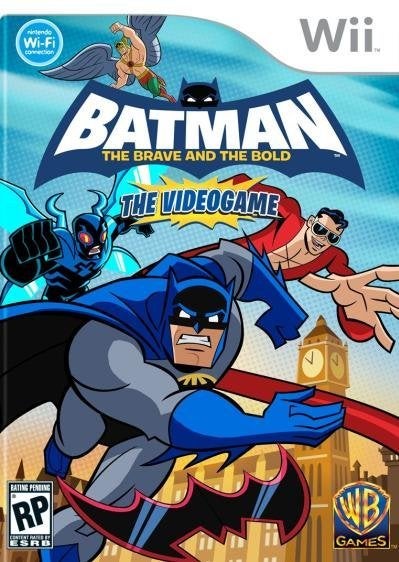 Team up in the ultimate co‐op adventure and battle as Batman along with his powerful posse including Green Lantern, Robin, Hawkman and Blue Beetle, or call in the help of drop‐in heroes such as The Flash and Aquaman to squash enemies. Using Batman's legendary gadgets, take on the most notorious villains in the DC Universe in the fight for justice. Players will face‐off against evil in a variety of locations from crime filled alleys, strange alien planets, mysterious laboratories and beyond. Fight crime, solve puzzles, experience interplanetary travel and more as you go behind the cowl of the Caped Crusader and discover what it's like to be a superhero in Batman: The Brave and the Bold the Videogame. Features: - Team Focused Superhero Gameplay: Play along with family and friends in two‐player co‐op mode as Batman or one of his powerful allies including Robin, and call in the help of drop‐in heroes such as The Flash. - Play the Show: Experience a true interactive adaptation of the cartoon classic with feature‐quality character animation, many of the same VO cast as the show, and all the same great writing, humour, and action. - Cool Gadgets and Unlockables: Use Batman's iconic gadgets including his Batarang, Jet Booster, belt sword and more to complete missions. Unlock and upgrade new gadgets and team up with new heroes as you fight your way to justice. - Journey to Foreign Lands: Battle through four unique environments including Gotham City, London, Science Island and Planet Oa. - Fight Dastardly Villains: Just like the show, kick off each game episode mid‐battle, followed by epic boss encounters with villains such as Catwoman, Gorilla Grodd and Gentleman Ghost.